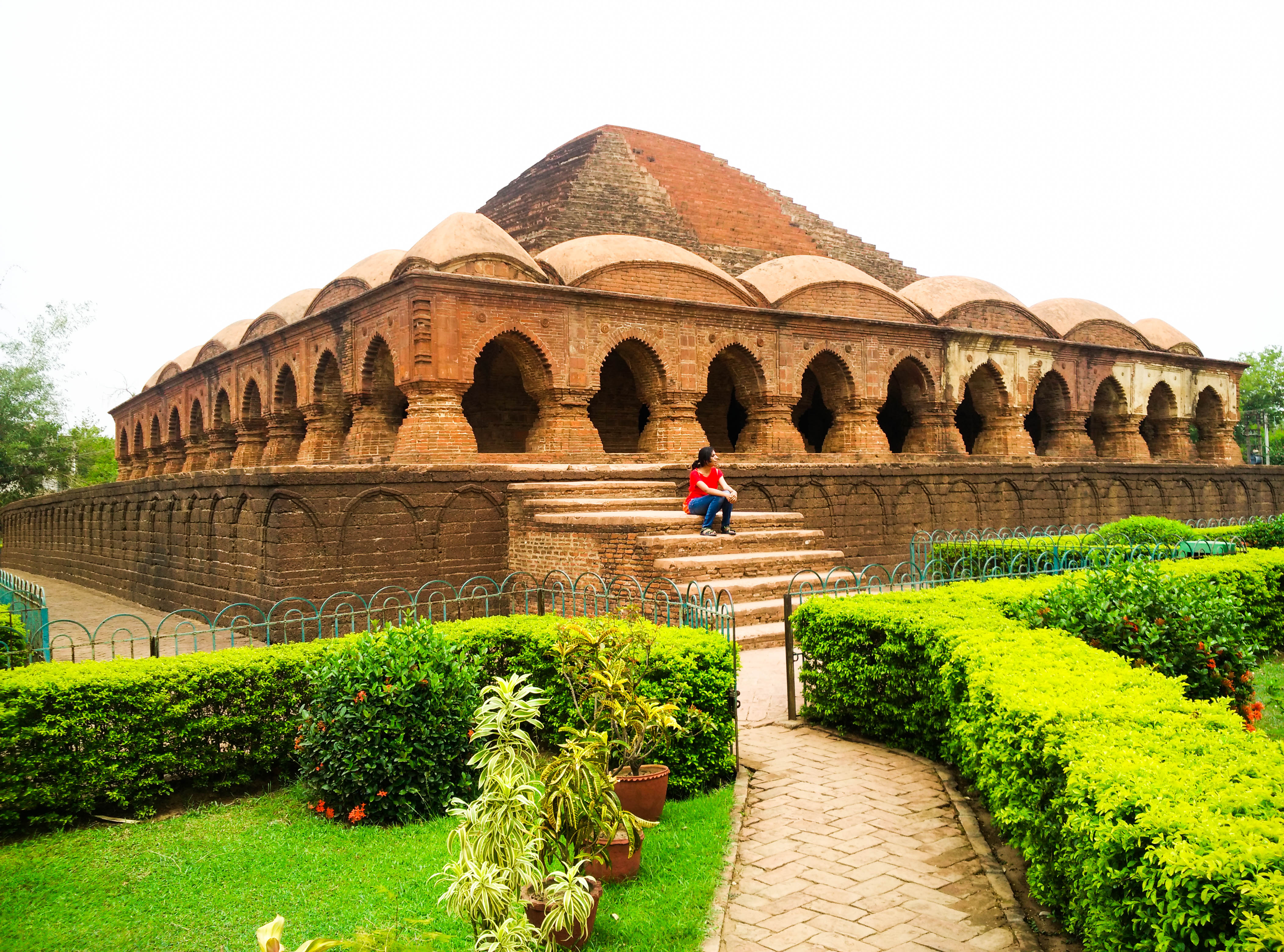 In the sleepy village of West Bengal is a well-hidden travel secret – the terracotta temples of Bishnupur. Bishnupur – the capital of Malla rulers – was founded in the eighth century and continued until the British came into India. Initially ruled by the Gupta kingdom, it was also called the Mallabum.

We climbed the train to Bishnupur from Kolkata at 7.45 in the morning to reach at 11 am. After a quick Bengali thali at Hotel Monalisa (which is perhaps the only decent place to eat in the town) we hired a cycle rikshaw to see the entire Bishnupur for a sum of 200 rupees. Built in a mix of Bengali, Oriya and Islamic architecture, the style is not similar to normal Hindu temple architecture – these temples do not have a Garbagriha. They have Shikaras, square or octagonal chambers, long rectangular corridors, curved arches and carved platforms. The walls of these temples tell tales of Ramayana, Mahabharata and the Puranas. As stones were not easily available in the plains of West Bengal, these Terracotta wonders are made of alluvial soil from the Ganges. The RasMancha is the oldest standing structure of bishnupur. During the Ras festival the idols from all temples of Bishnupur are kept inside the Rasmanch for the local people to worship. Contrary to the other temples of Bishnupur, the Rasmanch did not have elaborate carvings. While the numerous arches at RasMancha are striking, the Shyam temple and JorBangla have stories of Krishna carved all over its Terracotta facades. The Murali Mohan and Madana Mohan temples are dedicated to Lord Krishna who was the deity of Malla Kingdom.

We saw few temple structures crumbling to dust with trees grown all over them. The Bishnupur tale of terracotta is now in the verge of getting lost due to ignorance and vagaries of weather. The cultural expression of Bishnupur is a unique blend of Terracota architecture and Kalinga school. The seduction of the jaded village also lies in its distinctive Bishnupur musical Gharana, art of making playing cards and the Baluchari sarees.