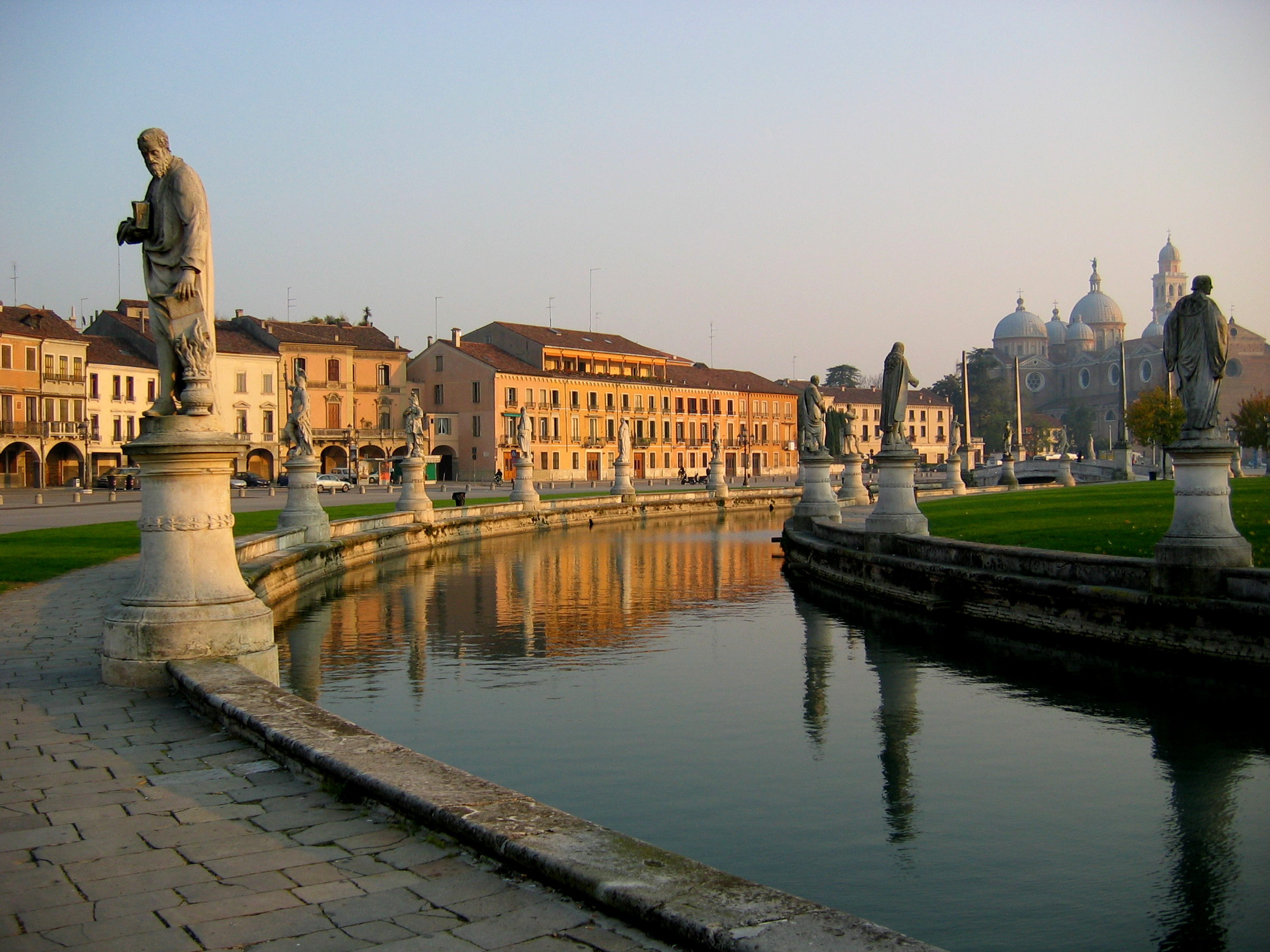 There is no better way to know a city than to walk its streets, stroll between the buildings and walking around without having a specific direction. Wandering through the streets of Padua, you will probably find one of the most beautiful place in Europe: Prato della Valle.

Prato della Valle is an elliptical square located in the heart of the city and it is the second largest square in Europe (the first one is Red Square in Moscow). It could be considered as a big monumental space, that is characterised by a green island at the center, called Isola Memmia. This green space is surrounded by a canal bordered by two rings of statues (Wikipedia).  It is possible to cross the canal thanks to four bridges that linked the square to the surrounding space.

As a public space, Prato della Valle is part of the history of Padua since the Roman Age, period in which it hosted a theater, called Lo Zairo. At first, this theater was used for horses racing, and then, during the period in which Christian people were persecuted, it was used for fighting purposes.

In 1767 Prato della Valle became public property of the city of Padua, and immediately after in 1775, Andrea Memmo, renowned figure at the time, helped by Domenico Cerato, a famous professor of architecture at the University of Padua, decided to restructure the square. The project he proposed was never completed. Nevertheless, they were responsible for the collocation of 88 statues in the square located both in the inner and exterior ring. These statues are made by various artists between 1775 and 1883. They represent famous figures strongly linked to Padua: there are painters such as Andrea Mantegna, poets such as Dante and Ludovico Ariosto, scientists such as Galileo Galilei, etc.

The most important aim of Andrea Memmo was to create a new commercial space for the city, in which Padua could host not only fairs and festivities, but also its market. At first he was able to realize his project, but after few years, the market was replaced by a new initiative: planting some trees. In this way Prato della Valle became a very original and unique square, praised by numerous poets such as Gabriele D’Annunzio who wrote:

Today Prato della Valle is one of the liveliest place in Padua. During Spring and Summer season students used to lie down on the grass or to play volleyball and football in their spare time. Moreover, this square hosts lot of events such as fireworks on 15th August, or the St. Anthony marathon on 17th April. Prato della Valle is a very important part not only of the history of the city but also of its citizens’ lives.