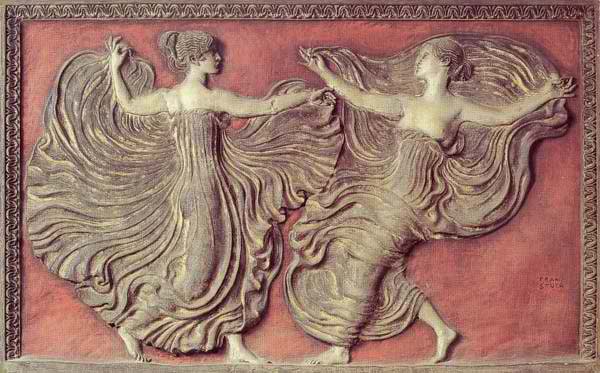 When it comes to dancing, no one does it like the Greek. The rich tradition and colorful history comes alive through their folk dances. GoUNESCO Writer Nikoleta Platia explores the journey of these dances from antiquity to modernity.

Being around for thousands of years, the many forms of folk dances have been standing since the dawn of the Greek civilization itself. In fact, dancing was held in high regard by great philosophers and thought leaders such as Plato, Aristotle, Plutarch and Lucian.

In fact, Plato himself once said: “The dance, of all the arts, is the one that most influences the soul. Dancing is divine in its nature and is the gift of the gods.”

Sustaining this way of thinking from generation to generation, dancing is one of the oldest traditions that has continually raised the count national identity and integrity.

In ancient Greece, learning to dance was considered a fundamental part of education which favored learning an appreciation of beauty. In order to prepare for battle, ancient Greeks relied on martial dances which were crucial part of a soldier’s training. Dancing held a high place in the ceremonies of worship as well. However, the term ‘’dance’’ for them covered all the expressions and actions of the body that convey messages and ideas, including mimetic and acrobatic productions.

Ancient Greek dances are based in the philosophical and literal concept and dichotomy of the Apollonian and Dionysian. Based on moderation and logical thinking, the Apollonian dance has been given its name from Apollo, the god of reason and the rational. On the contrary, the Dionysian or Bacchanalian dance is correlated with Dionysus, the god of the irrational and chaos and it embodies intensity, passion and desire.

For Ancient Greeks, the synthesis of the Apollonian and the Dionysian was the art of dance. The contradictory between those two was an important component of the formation of ancient Greek Theatre and the birth of tragedy. Furthermore, ancient Greek playwrights such as Aeschylus and Aristophanes danced in various performances of their own plays.

In contemporary Greek dances and rhythm, similar concepts and musical motifs of ancient Greece can be identified. There are two leading types of traditional Greek dances; the springing or leaping dance and the shuffle or dragging dance known as syrtos. Most dances are circle dances in which all dancers are united by a handkerchief or by holding hands, wrists or shoulders, while the oldest always leads the dance.

One example of an ancient Greek dance that is still performed today is the pyrrhichios war dance. It is the most ancient Greek martial dance forms and was conceptualized and performed by goddess Athena to celebrate the victory against the Titans. The dancers hold shields and spear and wear a helmet while dancing. Today, pyrrhichios is performed in a style similar to its ancient form, but without armor, in the Pontus region of Greece. However, only men are allowed to perform the pyrrhichios.

Pyrrhichios: At the Athens Olympics

During the Ottoman Empire, dance and music together formed a powerful weapon against the alienation and loss of national consciousness. It is important to note that during this period, a number of new kinds of dance forms were born. They were used to depict the great moments of Greece and laurels of men in order to further strengthen the moral resistance of enslaved people. These dances included the “Kageleftos” in Chalkidiki, the “Makrinitsa”of Naoussa and the “Dance of Zalongo” in Epirus.

Most of the dances were not performed by both genders together until recently. Most dances performed by women are slow, simple and honorable while men, through their dances, often exhibit masculinity and bravado.

In addition, every region in Greece contributed and played an essential role in shaping the style of local folk dances. Today, there are over 10,000 traditional dance forms that are performed in different regions in Greece. There are others such as the pan-Hellenic dances which have been adopted by Greeks worldwide. These include the, kalamatianos, pyrrhichios, hasapiko, sirtaki and syrtos; the latter is known as the oldest form of folk dancing, yet is also the most popular today.

A Greek proverb sums up quite simply about Greek dancing: Either dance well or quit the ballroom. And whether ancient or modern, folk dancing is one of the most liberating forms of expression for Greeks.

Nikoleta Platia is a student of Conservation of Antiquities and Works of Art in Greece.

Wand is up, the music begins – Opera