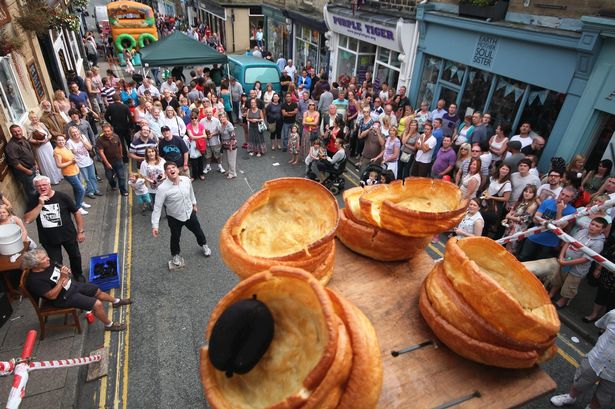 This story of black pudding dates back to 8th century BC. It is around the time when Homer, Greek poet, and author, wrote his best work: Odyssey. While Homer penned this epic saga, he described in detail of how the Greek hero Odysseus (also known as Ulysses in Roman circles) fought over a meal of pig blood and fat, on his way back home after the fall of Troy.

This meal of pig blood and fat is famously known as black pudding, a delicacy that was enjoyed by the rich and the poor during the time. It is made from pork fat or beef suet, pork blood and a high proportion of oatmeal. While the recipe may or may not entice your taste buds, it is considered a delicacy in the regions of Great Britain, in Ireland and in parts of Europe.

In the early 16th century, Sir Isaac Newton, the most celebrated physicists of his time, professed his strong dislike for the black pudding. It was rumored that he developed a reputation for abstaining from eating it.

So what made Homer swear by his black pudding, and not Newton? According to historical records, soon after Newton’s death, his niece revealed that it was purely a matter of ethics for Newton rather than taste.

The Bible clearly says no to eating blood food, which includes black pudding, blood sausages and so on. The New Testament sets in on par with adultery among non-Jewish followers, and the Old Testament penalty for eating blood food could amount to death.

Thomas Barlow, a future bishop of Lincoln, wrote the Trial of a Black-Pudding, in 1652, where he claimed that the black pudding was a violation of both Jewish law and the Christian exemptions.

The oldest recipe of black pudding can be found in an ancient roman cookbook titled, Apicius. Over the years, this historical food has undergone several makeovers.

In Great Manchester, Chadwick’s Original Bury Black Pudding has been making its distinctive puddings since 1865. Lancashire, a county in north-west England, The Real Lancashire Black Pudding Co. is selling a vegetarian version of the black pudding, known as the VPud.

At B Too, a restaurant in Washington DC, Bloedworst Wafel met Appeltjes — a Belgian waffle stuffed with blood sausage, is served with caramelized apple, green apple sauce, vincotto cream and additional blood sausage on the side. At Mo-Chica, a Peruvian joint in Los Angeles, Chef Ricardo Zarate serves a house-made blood sausage served with fertile egg, Brie and jalapeño salsa on a crostini. There are at least a hundred restaurants alone in the USA which serve black pudding in different avatars.

A version of the black pudding, locally known as jyama, is also prepared in the western Himalayan region of Ladakh.

From Greeks to Romans to British and the Americans, this usual and eccentric delicacy has traveled through time and has made its way back into our kitchens and restaurants. No matter how controversial or crude, black pudding has earned a special in the taste buds of famous poets, authors such as Emile Zola and George Eliot, as well as famous chefs such as Anthony Bourdain.

So would you trace the history of black pudding, like I did, or would you rather taste it?

“Kanche” – the delight of every kid

Chaupar – The Big Daddy of Ludo