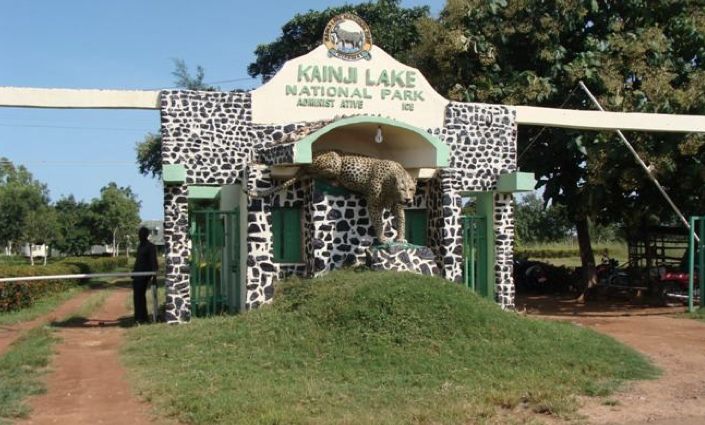 One of the largest parks in Nigeria is Kainji Lake National park. The merging of Zugurma games reserves and Borgu led to the creation of the park in 1979 which covers an area of 5340 sq.km.

The location of the park is in the northwest of the central part of the country between latitudes 9o40’N and 10030’N and longitudes 3030’E and 5050’E in the Niger and Kwara states. The lake houses a central area of the Lake Kainji on the River Niger. It is one of the most known parks in Nigeria which accommodates so many wild animals and fishes like lions, leopards, hippos, monkeys, buffaloes, elephants, snakes, crocodiles, hyenas etc.

Conservators say that the animals found in any game reserve are determined by the vegetation of the place the same applies to Kainji Lake National park. The vegetation is an approximate average of the Sudanese and Northern Guinea savanna zones. There are 6 main vegetation types found in the Borgu sector. These are Burkea africiana, Isoberlinia tomentosa woodland, Diospyros mespiliformis dry forest, Terminalia macroptera tree savanna, Isoberlinia doka savanna woodland and  Monotes Kerstingii.

The vegetation of the Zugurma sector is quintessentially that of Guinea savanna woodland in which the usual trees species are Afzelia Africana, Terminalia glaucescens, Parkia clappertoniana . There are 4 vegetation types that make up the Zugurma sector which includes: Pterocapus, Terminalia, Afzelia and Acacia. Significantly, some noted flora and fauna species are found in Kainji lake national park. Rivers like Oli Menei, Doro and Manyara are found flowing through the park.

Researchers from different parts of the world visit the park for more than just recreational purposes. The park is preserved and safeguarded for tourism, conservation, recreation as well as research and is thus a safe space to observe biodiversity at its rawest.

Diwali; the festival of light