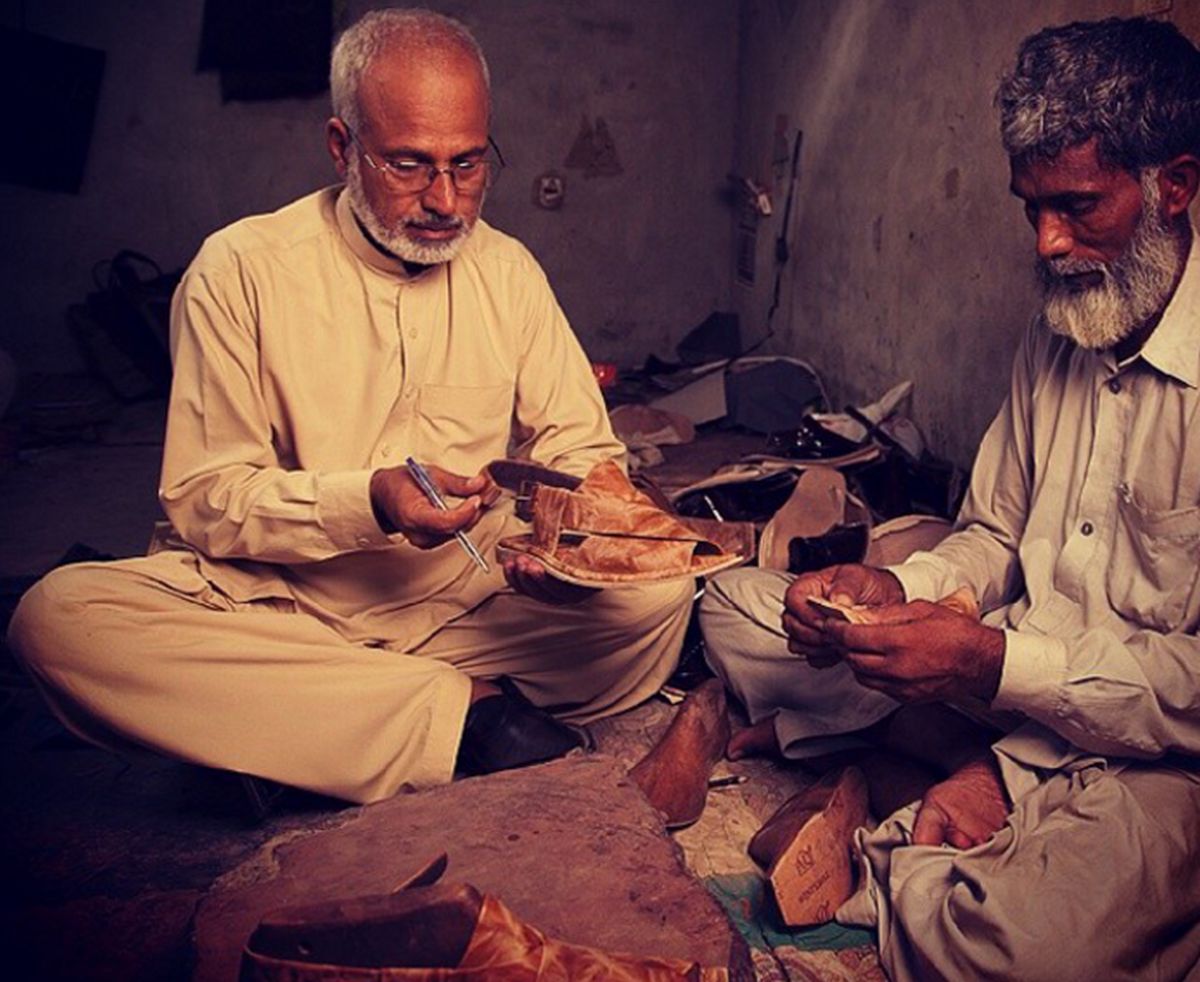 The Peshawari chappal (slipper) is handcrafted traditional footwear whose origin appears to be unknown — some say it came from Peshawa, while the other speculate ancient Pushkalavati (in the Khyber-Pakhtunwala province), but that’s also a ‘maybe’. Wherever it may be from, it has been much in news lately.

Known as ‘saplai’ in Pashtun-speaking areas where nit is also a common sight,  the chappal is worn with the traditional shalwar kameez, and comes in limited designs.  The chappal has been more in vogue lately due to endorsement by cricketer-turned-politician Imran Khan.

The chappal is made so that two wide strips of leather cross each other in a way that it is partially open from the front, making the toes slightly visible and also making the back of the foot semi-exposed where it is buckled over to the outward side of the foot’s ankle. There is also a front-open version of the chappal called Panjdaray saplai which is mostly worn in summers.

Traditionally, they come in shades of black and brown; limited versions of hand-knotted soft leather chappals are also available. Lately, some enterprising  show-makers are creating fancier versions with exotic colors and gold thread embroidery and have introduced a women’s line too.

But is this hurting the local artisan? That is yet to be determined.

On the other hand, if the local artisans are not given due credit and the chappals start getting manufactured at a commercial scale without their involvement then the answer would be affirmative, unfortunately.