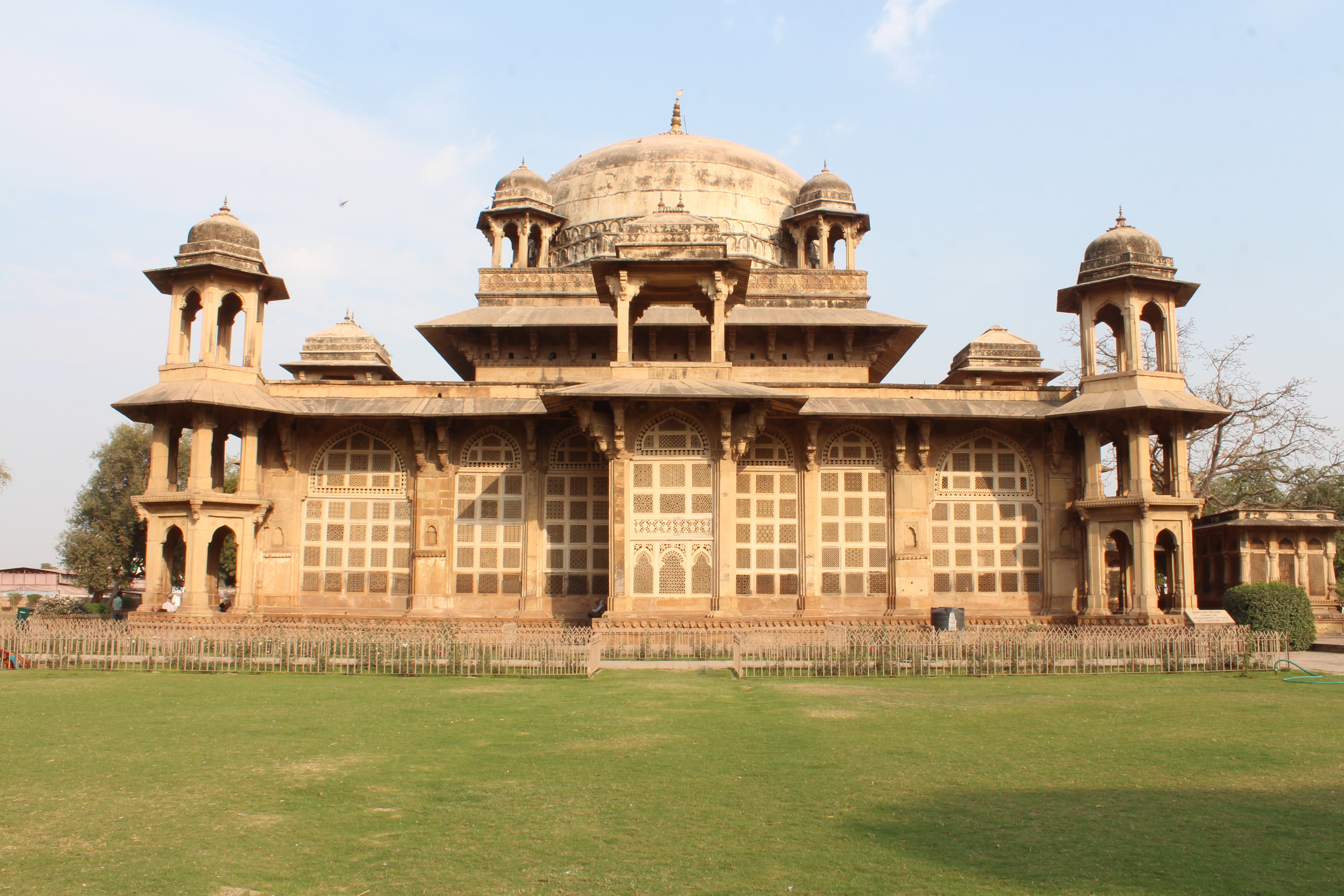 The Mohammad Ghaus complex comprises of a mosque and other clusters of tombs is a pristine example of the Mughal Architecture at its peak.

With the conceptualization of the Fatehpur Sikri, a walled city, being commissioned by Akbar in the city of Agra, which was now the capital of the Mughal Empire (Delhi being the former capital), Gwalior and other surrounding places became cities of great and political importance.

Speaking of the same, Mughal architecture (Indo-Islamic architecture), was a style developed and propagated by the Mughals in the 16th, 17th and 18th centuries throughout the Indian subcontinent. Its roots essentially bore down as an amalgam of Islamic, Persian, Turkic and Indian architecture and was a product of the rapid conquest of diverse territorial ventures.

Indo-Saracenic buildings have a uniform pattern of structure and character, including large bulbous domes, slender minarets at the corners, massive halls, large vaulted gateways and delicate ornamentation.
The use of marble and sandstone in order to give a monumental character to the building.
The dome on the square plan was used, the stalactite pendentive now being replaced by a peculiar form of arching and corbelling in horizontal courses. Colossal pointed portal arches with semi-domes and round minarets were a common motif. Octagonal plans erected on garden platforms, with ornamental fountains were also some features seen. The angled entranceways were accentuated by the dome positions.
Ornamentations were now more abstract- using geometric, calligraphic and plant motifs. The emphasis now lay on a uniformity of facade rather than on a focal element.
Symmetry and balance through plans and proportionate elevations.

Having spoken enough of the architectural style of the building, let us now direct our attention towards the cultural and historical significance of the tomb; speaking about a musician who has been the centre of numerous fables and one of the most decorated names in Indian History, Mian Tansen.

One of the greatest musicians of India and an eminent vocalist in the courts of Akbar in the medieval period, Tansen was believed to create magic with his music- the prophecy stating that he could cause rains and even enchant animals by his music.

A student of Mohammad Ghaus who taught him Hindustani classical music, Tansen was a proponent of the ‘Dhrupad style’ and he developed the Gwalior Gharana style of music.

The complex houses the tomb of Mohammad Ghaus as an exuberant structure with the disciple’s tomb placed in close vicinity, it’s facade, not threatening to compete with the grandeur of the former tomb.

Constructed in dressed stone masonry, the influence of the Rajputana style of architecture can be seen on the tomb building with its flanks adorned by ‘Chatris’ or galleries that add to the composition of the frame of the totality of the structure when viewed from afar. In the years that followed, the chatris were soon replaced by the tall slender minarets that added magnanimity to the structure.
When viewed from afar, the structure seems to be vertically spread across 3 levels. However, it is only an illusion created by the chatris. This was probably because of the experimentation done with the vertical increase in height of the entire structure.

The facades of the building are ornamented with latticed screens, an introduction which was made in a later stage of the Indo-Saracenic architectural character. Floral patterns in the form of jalliwork between the cusp arches which the Mughals used as gateways, adorn the facade of the tomb. With a relatively low plinth as compared to other counterpart structures of the time, a horizontal band with floral patterns is present to reinforce the structural feature, demarcating it from the ground level.

The eave-like projection along the cornice has been made probably to accommodate for the multiple chattris and also to provide a channel of run-off for the incident rainfall.

The extensive use of the squinge arch as compared to the early Hindu bracket or coffered projections as in the works of the Khilji dynasty, the structural technique had refined.
Octagonal based columns with subsequent square bases upon which the shaft rested, were devoid of any elaborate ornamentation.

The standout feature of the tomb is the intricacy of the masonry. These intricate patterns probably developed from the existing primitive styles as were exhibited in the Hoysala period of architecture and the material which they used also contributed to the same. The relatively hard material of marble was now replaced by the softer sandstone that was easier to carve into intricate patterns.

The dome was created using the structural system of the pendentive upon which the dome rested, facilitating in transferring the load to the ground. Introduction to the ornamentation of the interiors especially that of the dome using inlay, glazed tiles and mosaics can be seen in the tomb.
The finial added to the dome added a sense completion of the structure, its verticality being further reinforced by the architectural element. The absence of use of marble in the construction as was seen in other preceding architectural compositions like that of the Eibak and Khilji Dynasty, wherein red and white marble were used in tandem to create aesthetic structures. The octagonal dome was now placed on a square base which in turn was supported by the squinge arch.

The jali work has been so intricately done that one is compelled to awe at the sense of aesthetics that the craftsmen had achieved during the Mughal period. While walking through the interiors, the long golden rays of the sun gently filter into the space that is now occupied by an entity that isn’t in cohesion with its surroundings, only to stand there in awe at the relationship achieved by the anthropogenic creation and the surroundings.

Dochula Pass – Way to the kingdom of Peace

A stroll through the white sands of Ibeno Beach