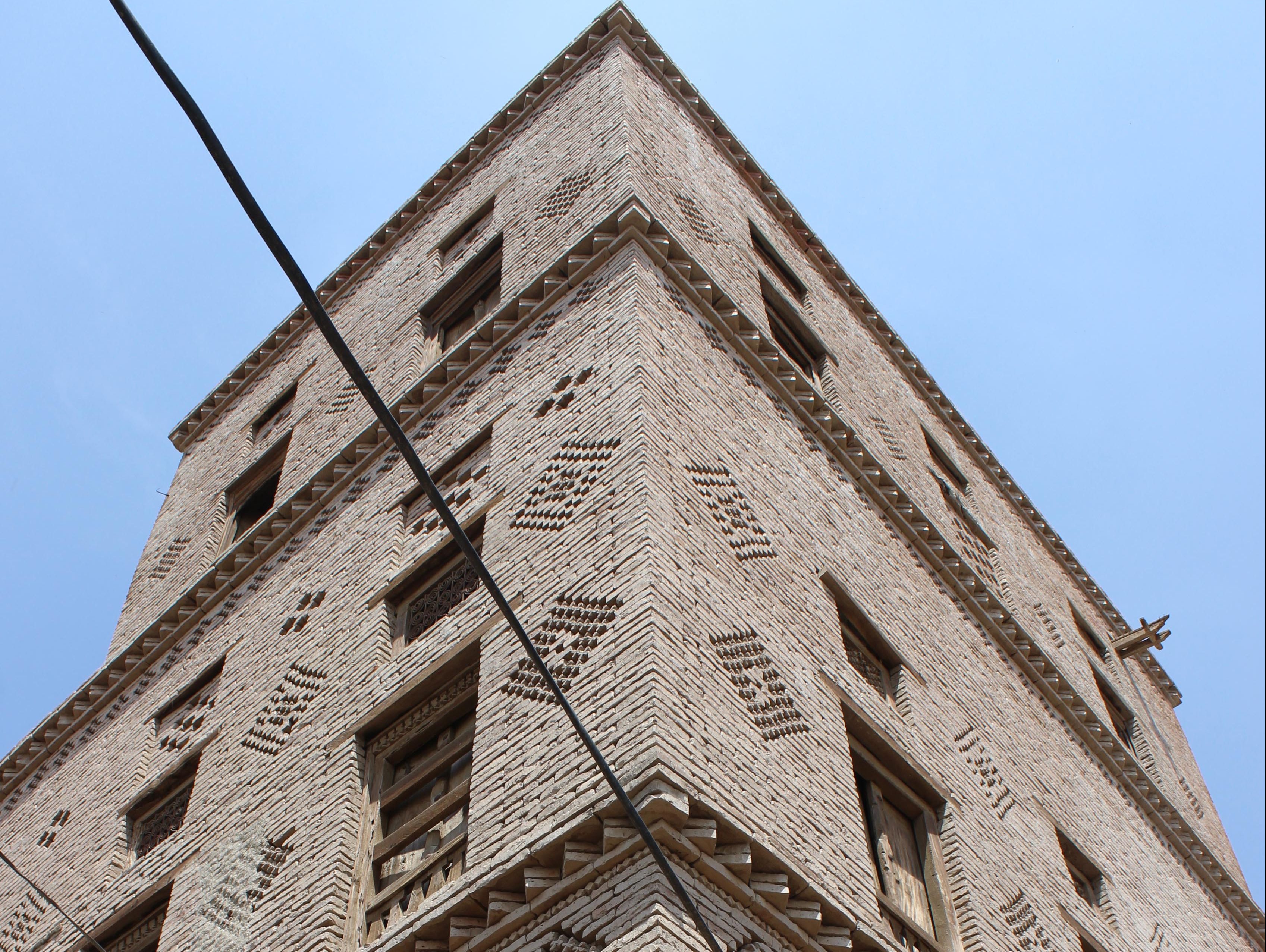 Seetpur is an important city in Alipur district (Muzaffargarh District). It is a very old city of this district in South Punjab. This area is also known as Paharpur, in the honor of Akhtar Malik Pahari (Peter).

This city is generally famous for the famous tomb of King Tahir Khan Nahar. The architecture resembles that of Multan Tombs, but when it comes to scale it is comparatively smaller. Another marvel, which continues to exist, is the Government High School of Seetpur. It is reported that the British constructed it during their Raj (1858-1947). Agriculture is the main source of livelihood and economy in the entire area.

The architecture of modular dwelling in Seetpur

Seetpur’s harsh climate is diffused by the thick and dense walls of each of the modular dwelling spaces present there. The area is surrounded with the detailed modules having intricate perforations existing on multiple or one of the facades varying due to the solar intensity and placement of modules whether in a dense area or located as a single entity.

The materials majorly involved in these modules include naked brick (façade), mud (slab), thatch (slab), and timber (beams). Circulation was correspondingly somewhat similar in all the modules present in the locality.

The town is surrounded by a sprawling landscape causing a prevailing presence of green spaces upon the horizon of the entire town. Seetpur was the capital of the Nahar Dynasty, which was established in 1455 when Behlol Khan Lodhi became emperor of India, he granted Seetpur area to Islam Khan Lodhi, Tahir Khan was his grandson. As mentioned above this city is generally famous for the famous tomb of King Tahir Khan Nahar.

The tomb located in Seetpur of Tahir Khan, is octagonal in plan with sloping sides, each measuring 13’3” (After Shah Rukn-i-Alam). The tomb is built on 8’0” high platform, it is 45’,0” high from the ground level. Interior of the dome is decorated with the green, blue and white color. In the North and South there are two small windows 4’,0” above ground level for ventilation. There are 8 arches starting from floor level going upto 10’,0”. A wooden plank 4” think in wood is inserted at the height of 6’,8” from ground level in the brick core. 8 arched shaped ventilators are visible at 25’ height each 3’, 0’’ wide.

The mosque at Seetpur was repaired in March 1915. Brick inlays and a recess and forward action is a usual spectacle in the mosque. Tahir Khan’s tomb has sloping walls based upon Shah Rukn-i-Alam’s tomb, and the usage of colors in its construction is fascinating. Geometrical and floral patterns are present, the walls are slightly tapered from inside,  and the entrance is on the South East side.

The width of the walls have been used for staircases, and the walls are sometimes 9’ thick. Niches in the walls are present. Even after 550 years, the colors are as vivid as they were. The dome is plastered with white lime mortar covered with finial and base of an inverted lotus.