“All we have to decide is what to do with the time that is given to us”  – Gandalf, The Fellowship of the Ring, J.R.R. Tolkien.

Not long after Gandalf, the wise wizard in the Lord of the Rings, said these words, The Fellowship of the Ring set out on a well-documented expedition across Middle Earth – a quest that took them into wars against Orcs, Men and other forces of the Dark Lord of Mordor, Sauron, and past sites of great natural and physical beauty.

In 2014, over a 1000 members of our community decided what they wanted to do with the time that was given to them – rack up miles travelling to sites of great natural and physical beauty as well: UNESCO World Heritage Sites! They took part in the India 2014 Challenge, the Germany 2014 Challenge, The Epic Challenge and The Culture Challenge and on World Heritage Day this year, we organized an event to celebrate them all. 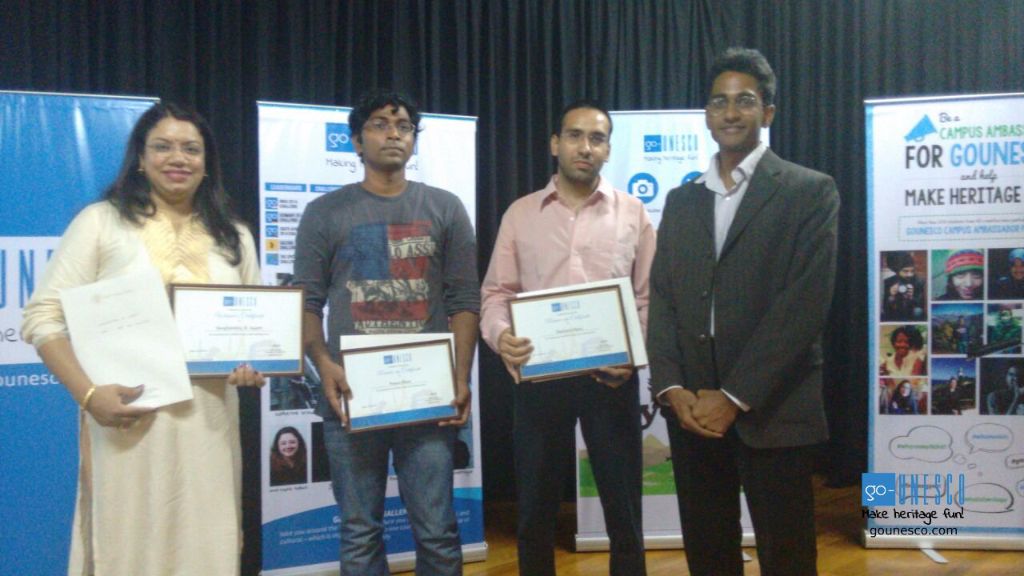 The Finale 2015 was held in Bangalore, India and the winners of the India 2014 Challenge and the Germany 2014 Challenge were in attendance – in person and over Skype. These well-traveled individuals kept the audience enthralled with their fun tales of travelling on the cheap and their winning World Heritage Site travel strategies. One winner spoke of sleeping in trains and in railway station retiring rooms to cut down on hotel costs. Another wasn’t sure when he’d be able to travel but that didn’t stop him for designing and keeping detailed WHS travel itineraries at the ready. The winner of the India 2014 Challenge took her family along so her husband and children might well be India 2014 Challenge winners in their own right!

These winners might not have had to encounter forces of the Dark Lord of Sauron on their journeys but they were arguably as epic and, in some instances, a lot longer than the estimated  1800 miles the Fellowship of the Ring traveled across Middle Earth. All the India 2014 Challenge winners received framed certificates, travel holidays courtesy of the HRH Group and goodies. 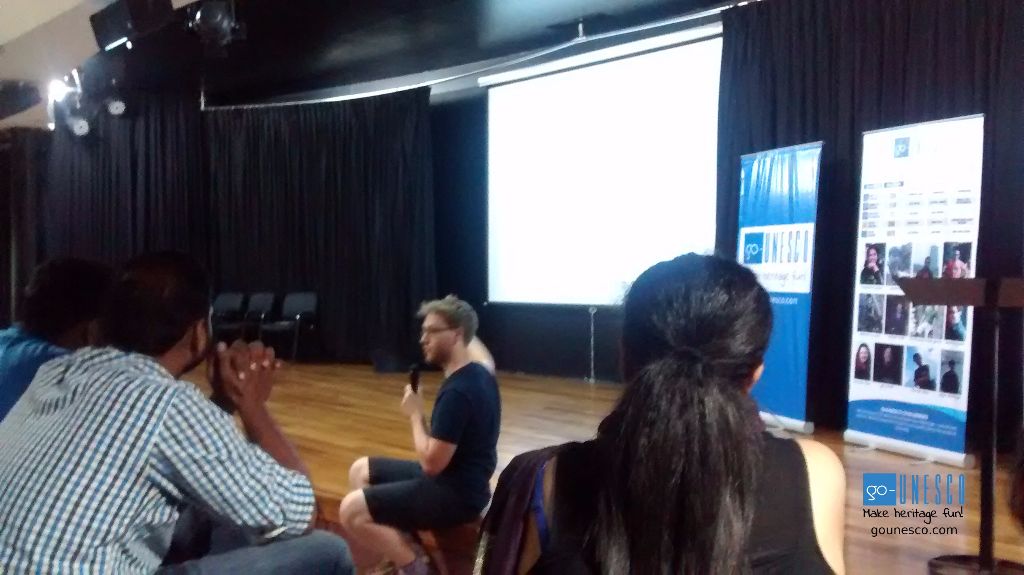 Jamie Davies, a special GoUNESCO guest from the United Kingdom, was in attendance and spoke about his research on the Digital Interpretation of Heritage as well as the importance of spreading awareness of World Heritage Sites among young children, a sentiment echoed by one of the Germany 2014 Challenge winners who attended the event over Skype. Following that, Pradhan Birua, representing the global GoUNESCO Campus Ambassador community, provided an update on the activities of the GCA community in 2014 and made special mention of the winners of the GoUNESCO Design Contest.

Ajay Reddy, founder of GoUNESCO and Go Heritage Runs, made a special announcement at the Finale: GoUNESCO will be partnering with UNESCO to organize a heritage run in Udaipur on the 18th of October 2015. More details will be published at the Go Heritage Run and GoUNESCO websites shortly.  The 2015 Travel Challenges are now open so if you’d like to get onto the Leaderboard – you know what to do with the time given to you! Start travelling and we look forward to seeing you at next year’s Finale!

A Crossword On Angkor Wat