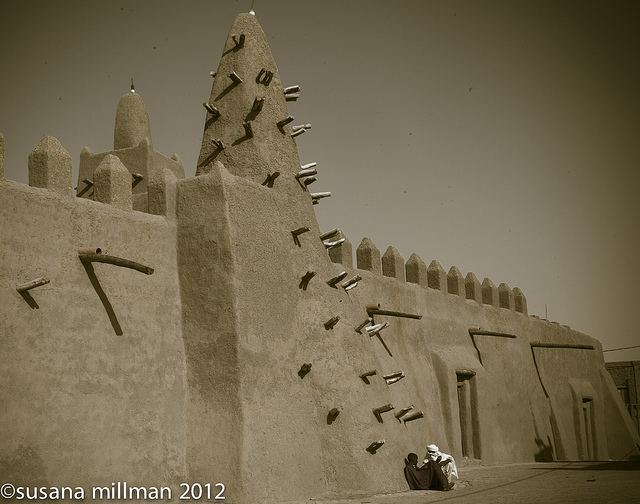 The mausoleums have been restored, but the Bamiyan Buddhas are still in a state of flux between destruction and restoration.

Architectural masterpieces across the world were built by great builders with minds that thought ahead of their time. The fusion of styles and influences has led to the creation of structures that define the identity of an area. Timbuktu is one such wonder.

Located in the northeast of Bamako, the capital of Mali, Timbaktu was considered as a centre for Islamic learning, with over 180 schools and universities established between the 13th and 17th centuries.

Timbuktu’s raw and simple mausoleums stood strong as a representative of the founding fathers of the city, and its Islamic identity. In 1988, the whole city of Timbuktu was declared a World Heritage Site by UNESCO. However, in 2012, attacks by Islamic extremists linked to the Al-Qaeda put the safety of these venerated structures in danger.

Another example of the destruction of such distinct world heritage was the explosions carried out on the Bamiyan Buddhas in Afghanistan by Taliban led fundamentalists, under the claim that they were ‘false idols’.

Aggressive intrusions often lead to the destruction of World Heritage, as proven by the above two examples. Both the Bamiyan Buddhas and the Mausoleums define the identities of the cultural macro systems they form a part of. The Oriental and Greek aesthetic fusion of the Buddhas, who are dressed in stucco, prove how Afghani art draws influence from these sources. One needs to understand that the restoration of this cultural heritage is of great importance. After all, the proceedings of the UN’s 1954 Hague Convention dictated that the destruction of cultural heritage is a crime. In order to uphold this concept of preservation of cultural heritage, such destruction has must be repaired. This is where the mausoleums and the Buddha statues stood at two different ends of a spectrum

A large number of pious manuscripts were also lost along with the destruction of the mausoleums. Today the remaining material culture is being carefully classified by scholars and researchers. As a result, the project is generating employment among locals and is said to cost 11 million dollars. So far $3 million has been collected with the support of the World Bank, the European Union, Switzerland and the US Agency for International Development.

A dispute over the reconstruction of the Bamiyan Buddhas has put an obstacle on the restoration of the monument. When The International Council on Monuments and Sites branch in Germany started reconstructing the feet of one of the smaller structures, their work was halted because the process was declared unauthorized by UNESCO, and they were said to have not used ‘original material’ in the construction, which according to the proceedings of the Venice convention of the UN, is necessary.

It is also troubling to see the conflict that arises over the ethics of Cultural Heritage, and such problems often lead to further deterioration of precious material culture that contributes to the identity of a country. However, artistic efforts have been made to restore the beauty of the structures. On 7th June, 2015, Chinese artists Xinyu Zhang and Hong Liang installed laser projections to fill in the voids within the dilapidated statues. The projector was donated by a Chinese couple, Yu and Hu, who requested UNESCO and Afghan movement to allow the breath-taking installation to be put out to the masses.

Thus, it is clear from the above examples that the restoration of heritage is a complicated matter. It is important to understand that even though the Bamiyan Buddha and the mausoleums are in very different states of flux with respect of reconstruction, they are both equally important when it comes to defining the cultural heritage of the countries they are housed in.

Kolkata: Balancing between modernity and heritage