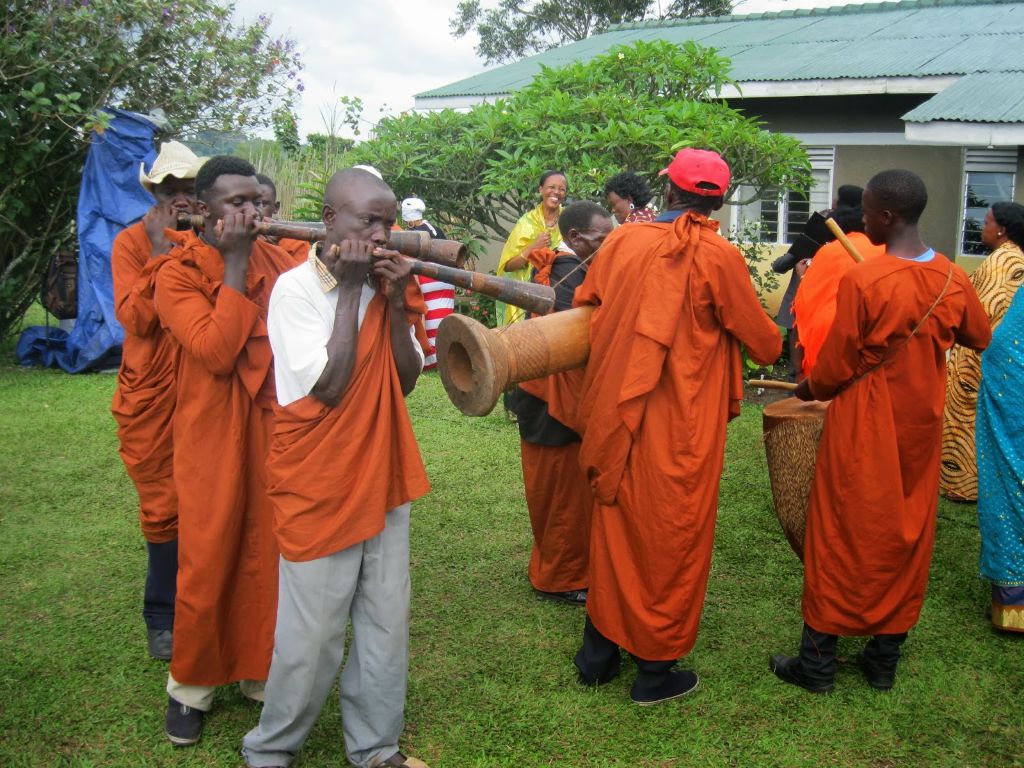 Empaako is one of the only surviving true African oral traditional Heritage in western Uganda.

During the 1500 AD a crowd of people trekked from North Africa in the Cushitic empire southwards following River Nile in groups or clans led by Prince Kyomya the first Mubiito Son of Pharaoh Kamose Tao III. On arrival in Bar el-gazel the land of the LUO- Nubians he married a woman from the clan of Abakonga called Nyatworo.
First track friendship was a custom in the old days between different Ethnic groups as a way of finding association within people of different communities and by this way, intermarriage, acceptance of wrongly pronounced names and modification/adaptation of some of the norm and customs of the indigenous ethnic group was almost a must do.

This signifies the existence of many words in the Runyoro – Rutooro and other Bantu Languages which trace their meaning or similarity from the LUO- Nubians language and culture and not the Bantu language.
A case in point is the “Tradition of Empaako/Names – Okali, Araali,Amooti, Acaali, Apuuli, Atwooki, Akiiki, Abooki, Abwooli, Adyeeri, Ateenyi, Baala. These names were only given classification through joint ceremonies of the Luo-Bito being graced by other clans in attendance as away of joining or intermarrying societies. Clan differentiation was a result of do’s and don’ts of customs and norms of a once bigger group of the Cushitic people – witnessed by John William Tyndall in his book of blackman origin.
Many of the other names are found within the Babiito as they were the top leading group of the other groups of people. Names like OYO-meaning “the way” in Luo language.

Empaako has a lot of African magical power vested in this cultural practice of allocating names suitable to an individual. During the rituals that could be performed, like the ritual accompanied on dining. The gods ascend in the parents or the authority/ person and in this turn this name has a lot do with the practical behavior of an individual. In fact today it’s only the Babiito (Royal clan) who have remained with the custom of preparing Traditional a meal for this function “Omukaro gwa Katuzi noburo” meaning Mashrooms mixed with meat and millet flour, a dish of clan heads when giving Empaako names of Luo-Bito origin.
Even though not, it cannot change the magic of this great custom once it’s given to an individual. They are just twelve non editable or additional.

Because the old African people had the knowledge about their way of life and understood human character for the desire to have respect for one another, they composed identify names called Empaako. These names were given to every human being irrespective of age sex or ethnicity.

Empaako is a naming system practised by the Batooro, Banyoro, Batuku, Batagwenda and Banyabindi, whereby children are given one of twelve names shared across the communities in addition to their given and family names. Addressing a person by her or his Empaako name is a positive affirmation of social ties. It can be used as a greeting or a declaration of affection, respect, honour or love. Use of Empaako can defuse tension or anger and sends a strong message about social identity and unity, peace and reconciliation. Empaako is given at a naming ceremony performed in the home and presided over by the clan head. The paternal aunts receive the baby and examine its features. Any resemblance to existing relatives forms the basis of the choice of name. The clan head then declares the name to the child. A shared meal of millet and smoked beef follows, gifts are presented to the baby and a tree is planted in its honour. The transmission of Empaako through naming rituals has dropped dramatically due to a general decline in appreciation of traditional culture and the diminishing use of the language associated with the element.

The Empaako tradition has been inscribed by the United Nations Educational, Scientific and Cultural Organization, UNESCO as an intangible heritage in need of safeguarding.

The tradition was inscribed by the Intergovernmental Committee for the Safeguarding of Intangible Heritage during the UNESCO conference held in Baku, Azerbaijan.

The need to recognize the Empaako tradition was initiated in 2011 by Engabu Za Tooro (EZT), a cultural organization in the Rwenzori region. The organization was accredited by UNESCO during the 2003 convention on intangible cultural heritage.

This follows a research carried out by the organization which indicated that the tradition was under threat from groups like cults especially the Bisaka cult, which has a large following in Kyejonjo District. The cult prohibits its believers from greeting using the pet name, which they associate with the demi- gods.

The inscription of Empaako comes after several views were collected from district councils, and clans in areas where the pet names exist. The views were then presented to the Ministry of Gender, Labour and Social Development, who then forwarded them to the UNESCO headquarters in Paris, France.

According to UNESCO, it was established that Use of Empaako can defuse tension or anger and sends a strong message about social identity and unity, peace and reconciliation.

But The transmission of Empaako through naming rituals has dropped dramatically due to a general decline in appreciation of traditional culture and the diminishing use of the language associated with the element.

Folk art of the Matyó, embroidery of a traditional community