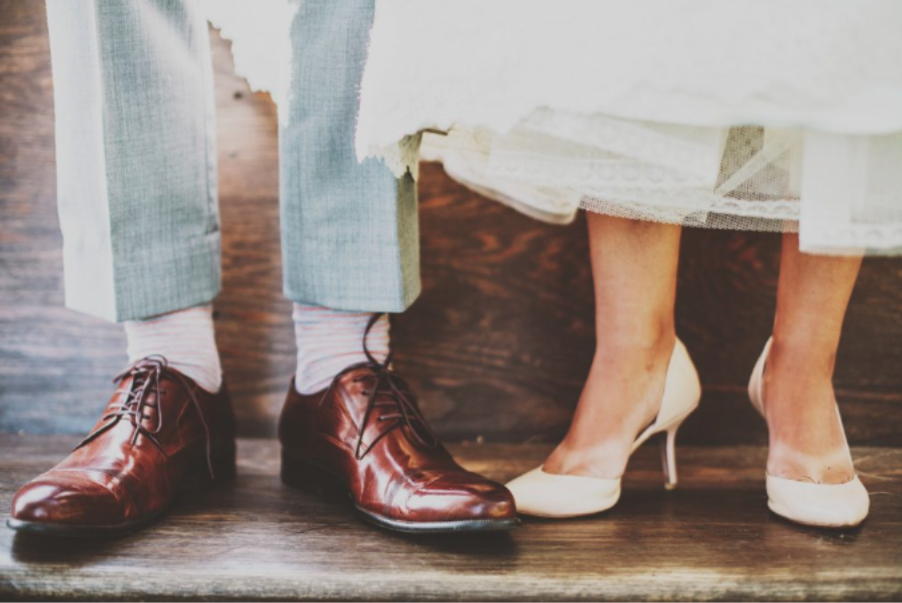 Back in the day in Turkey, mothers with unwed sons would often be on the look out for a good single girl to wed their sons to. First, they would start off by asking their inner circle and neighbors and if that failed, they would ask their distant relatives if they knew of a girl worthy of marriage. They would even go as far as to ask Turkish bath owners since they would usually know single girls of the neighborhood, or street sellers that were called bohçacı, who would go door to door to sell clothes and scarves for the girls of the neighborhood. If they happened to help find a girl suitable for marriage, the mother of the groom would pay quite some money to remunerate them.

Upon finding a beautiful bride for their son, the family had to research the background of the girl’s family to see if they are suitable not only as a good match for their son but also for connecting the families. Because family background was – and probably still is – the most important thing to match. There is even a Turkish expression that goes “Davul bile dengi dengine çalar”, meaning there should be harmony. If all was appropriate, they would send a common friend over to let the prospective bride’s family know they will be coming over as görücü – meaning someone who visits a house to see the single daughter of the household, with intentions to ask her to marry their son. Although this wasn’t always the case as some görücü would go over without any news to catch the girl as natural as possible, assuredly causing a lot of panic at the prospective bride’s house.

Tuesdays and the last Wednesday of each month was considered unlucky in Turkey, thus no görücü visit would take place on those days. It was also considered bad manners to wear all black for görücü visitors and hosts, as it corresponds to mourning, and could imply that the family was not willing to agree on this marriage but for some reason they have to. The prospective bride also was not supposed to wear green clothes as it implied she was more than willing to get married. The etiquette was that the prospective bride would show no sign of interest, even if she liked the guy. On the other hand, she should balance how to not be seen as cold and distant. She was supposed to say “whatever my elders say, is good for me.”

When görücü visitors arrived, the prospective bride would be hidden in her room to put on nice clothes and get ready. Meanwhile, another member of the household would start to prepare the Turkish coffee for the görücü. The visitors, meanwhile, would try to ask the family a lot of questions as to get as much information as possible about the girl and her family. Her family also would request information on the prospective groom, his occupation, his age, and his education.

Once the girl was ready, she would serve the Turkish coffee to the visitors first, and then her family, and sit on the chair located in front and to the right of the visitors. The visitors would take their time to drink their coffee, perhaps as long as 30 minutes or so, to be able to learn and observe the girl as much as possible. As a result, a Turkish expression that is still used to this day is used to mock someone drinking too slow: Görücü kahvesi mi içiyorsun? Literally, “Are you drinking görücü coffee?” Meaning, why does it take you so long to finish your coffee

As görücü visitors would slowly drink their coffee, they would also ask the girl questions to hear her voice and check the way she speaks, and would make compliments to see how beautiful her smile is and check her teeth. It was considered very rude for the girl to stare at the visitors, or play with her accessories and skirt, or rebuff their questions. It was also frowned upon for the visitors to speak among themselves about the girl in a low pitch voice. If the görücü visitors found the girl charming and suitable for the son, they would say “Maşallah, kızımız pek güzel. İnşallah oğlumuzun kısmetidir,” meaning the girl is pretty, we really hope they will make a good couple.

If görücü visitors did not like the girl, or for some reason they thought this marriage was not supposed to happen, they would make eyes at each other and get up and leave abruptly. They might also say unwillingly “Allah kısmet ederse yine geliriz,” meaning if God is willing we may come back. This was an understood sign for the bride’s family that this marriage was not going to take place.

Görücü hosts also had a sign to let the visitors know this marriage was not possible. The mother of the prospective bride would simply place the toecaps of their shoes towards the door. Even if the görücü visitors like the girl, upon seeing the toecaps towards the door, they would get the message and wouldn’t come back. If the toecaps were placed towards the street though, that meant this visit was successful and the family agreed on the marriage.

After the visit, if two parties were in consensus, they would plan the next visit on which a longer chat with more detailed information would take place. This tradition is still alive in some parts of Turkey, yet with the globalization and the rise of technology, Turkish youngsters now choose to find their partners themselves through social gatherings, friend circles or social media apps.

Thus the tradition is modified and still widely practiced under the name kız isteme. When two people decide to get married, the guy’s family and friends visit the girl’s family. During this visit, families get to know each other and talk about daily topics such as the weather etc. When the stage of kız isteme starts with a serving of Turkish coffee, the eldest member among the guy’s family – which is usually the father – starts by saying “Allah’ın emri, peygamberin kavliyle, kızınızı oğlumuza istiyoruz,” meaning according to the command of God and the word of Prophet, we ask for your daughter as a bride for our son.

The girl’s family is allowed to consider this proposition for a few days, before visiting the second time to seal the deal. But out of respect, if the visitors are coming from a distant location, it is usually agreed on the same night, and thus the girl and boy become engaged. It is clear that these customs in the mainframe of life in Turkey have evolved with time. It is fascinating to trace how globalization has altered them.

A trip to Bishop Auckland

The Great Bath at Mohenjo-daro