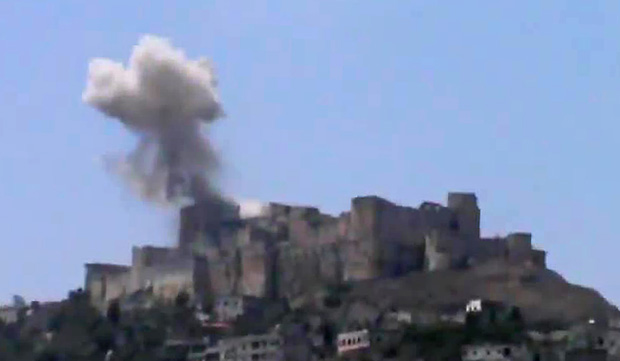 Heritage News this Week brings you a weekly round up of heritage news from around the world.

Will we have a world heritage site off our planet? If an US politician has his way, we will! Eddie Bernice Johnson has asked law-makers to support a national historical park on the moon that would make Neil Armstrong’s first footprints a UNESCO World Heritage Site. We would love to see how this goes.

We’ve heard of humans vandalizing sites under conservation, but some world heritage sites are threatened by our simian brothers too. The authorities at the Citadel of Besançon in France had to evict baboons and will soon be sent to new homes so they won’t pull out stones in the walls of the citadel.

The big news this week has been that the historic site of Crac des Chevaliers in Syrica was damaged in an air raid. The rebels were apparently using the Crac as a base which prompted government forces to attack the site. It might be recalled that UNESCO had placed all the WHS in Syria in the endangered list recently.

In other news, the Nevis Historical and Conservation Society (NHCS) is s exploring the possibility of nominating the historic section of Charlestown, Nevis, as a UNESCO World Heritage Site. At the same time, there is talk of political motivations behind the plea by two residents of a 70 year old building in Mumbai opposing a Grade 1 heritage tag to their precinct.