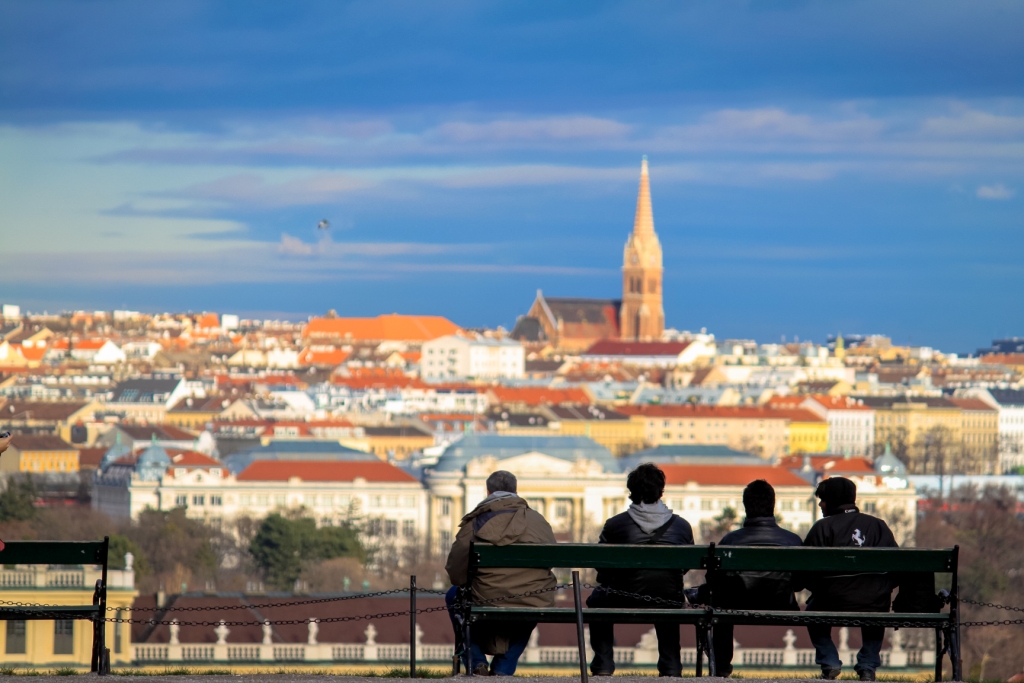 We are often very occupied with the things we have to do the whole day. We run through our cities that we know and only have our destination in mind. While we walk over the tile on the floor where history happened we think about where we are going to eat after the meeting we have in five minutes.

I am late for my meeting as always because I did my preparation on the stairs of the Heldenplatz, (Square of Heroes) in Vienna. I think about my introductory sentences while my view crosses the place where the ancient city wall stood. Maybe I should have a cup of Coffee before I enter the meeting? Unknowingly I look at the place where ancient city wall was blown up when Napoleon attacked the City in 1809. It must have been a terrible chaos, but today I see tourists and business executives rushing all over the place.

I stand up because I decide to have a coffee. I walk in the direction of where the Emperors Forum of Emperor Franz I, was planned, but it was never completed.

In the distance, I can see the Monument for Maria-Theresia by Kaspar von Zumbusch at the Maria-Theresien Place. I do not really notice it, but I notice that the sky has a beautiful blue color today, and that I should not enter the meeting with a coffee in my hand. That may seem unprofessional.

I turn around and think that now I am going to be late for the meeting. I pass the outer gate of the Burg, (the Emperors Castle) that was designed in 1824 by Peter von Nobile in honor of the fallen heroes in the Napoleonic wars.

I start to rush a bit and get annoyed by all the tourist that are blocking the way, staring at old things that do not matter to me .  I do not really have time for this, but I still ask myself what these tourists do there. My meeting is way more important than the Memorial for the executives that was designed by Florian Schaumberg and revealed in 2002 for the fallen policemen of Austria.

Especially crowded is the area around the Leopoldinean part of the castle that serves now as the Office of the Austrian Chancellor and has been a centre of political happenings of Austria and Europe since the 18th century designed by Johan Lucas von Hildebrandt. But what do I care?

Finally, I arrive at the dark place of history in a location that seems so bright, flooded by sunlight. At that exact point Adolf Hitler was standing, announcing Austria as part of the German Reich on 15th March 1938,  I think to myself that maybe it is healthier if I drink more tea than coffee.

I find a gap in the crowd and continue to rush to the meeting, thinking to myself, what a boring day.

Solve this quiz on the heritage of Spain