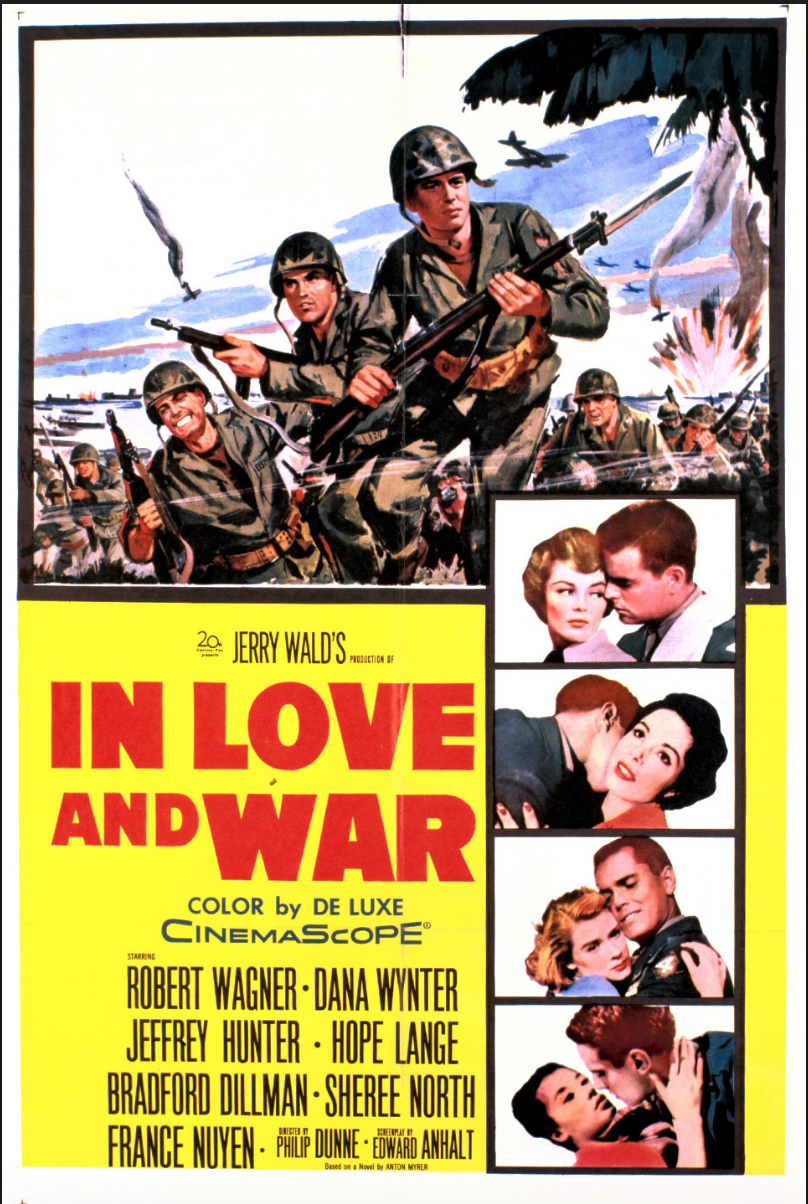 The Film, In Love and War, aims to address the plight of soldiers before, during and after war. It is centered around World War 2.

Three young marines, Nico, Frankie and Alan, come to San Francisco on a furlough from the war. Frankie visits his lower-class dysfunctional family; Nico visits his pregnant fiancée; and Alan visits his high-living playgirl girlfriend. Each must decide whether to make the best of his situation or break out of it. Frankie drowns his troubles in alcohol, losing the respect of a potential lover; Nico marries his fiancée, but realizes he may not survive the war to see his child; while Alan sheds his decadent girlfriend for a nurse at the local hospital. Even though they are all trying to be brave and go to war as a duty to their country, we can tell that they are still scared because Frankie has a nightmare as a result of the fear that grips him when he thinks of what could happen at war.

The three men return to the Pacific front. Frankie initially shows cowardice by hiding among the bodies of dead soldiers and Nico slaps some sense into him. Later, Frankie saves Alan and is honored for his heroism. As the number of casualties increases, Alan and Nico begin to doubt the wisdom of war. When an advancing enemy tank threatens the platoon, Nico singlehandedly blows up the tank, but dies from his wounds.

The war ends and Alan returns to home and becomes a professor at the local university. Frankie, now promoted to sergeant, brings Nico’s last love letter home to Andrea, Nico’s wife, who has given birth to their son. Although saddened by Nico’s death, Andrea believes that Nico still lives through their son.

The movie paints a human face on the soldiers and their families by reminding us that they are still human. Although they may not support the reasons for war, many sacrifice their lives as a duty to their country.

The Ndebele Rebellion against White Settlers