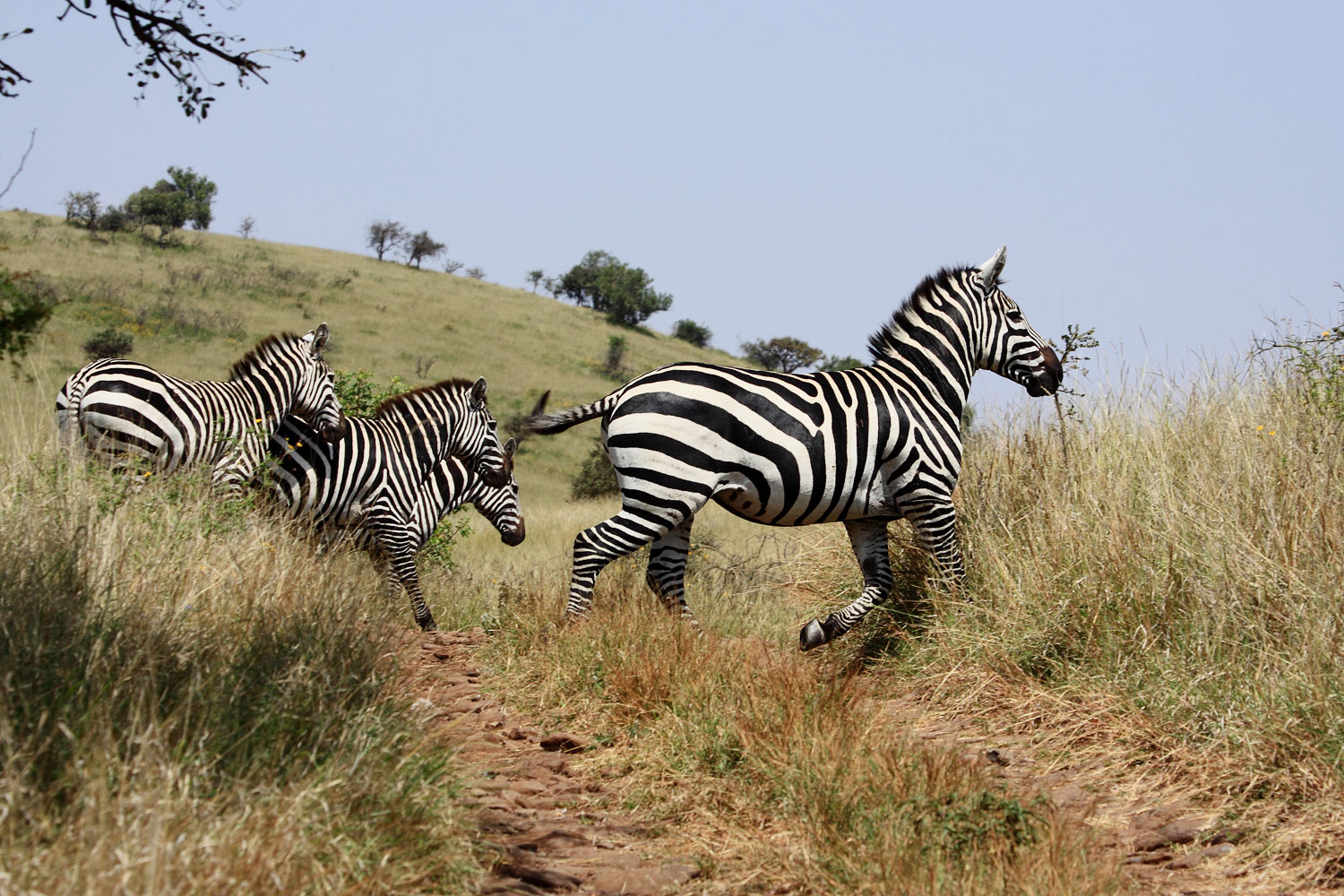 One of the biodiversity hotspots of the world, Nechisar National Park presents an unmissable natural experience for anyone travelling in southern Ethiopia.

Nechisar National Park (also known locally as Nech Sar National Park) is located in Southern Ethiopia, 510 km south of the capital, Addis Ababa, in the Great African Rift Valley. The park covers 514 km2 (127,000 acres), 15% of which is covered by water. The elevation varies between 1,200 and 1,650 meters above sea level. The park has variegated landscapes and two large lakes (Abaya and Chamo) covering its perimeter. There are also hills in this ecosystem, which include the Sidamo Hills, which are 4,000 meters above sea level.

The Outstanding Universal Value of the Natural Heritage

The isthmus (a narrow strip of land separating the two lakes), sometimes referred to as the ‘Bridge of God’ or ‘Bridge of Heaven’, provides a stunning view of the park. The diverse landscape of the park includes forests, hot springs, escarpment walls, and grasslands. The ecosystem contains natural reserves which provide a perfect habitat for many species of mammals, birds, fish, flora and fauna. The wildlife co-exists with the three ethnic groups (Guji, Koore and Gamo Gofa) resident to the area. This national park is considered to be one of the greatest surviving wildlife habitats in Ethiopia.

Exploring the Unexplored: landscape, flora and fauna of the Natural Heritage

The park contains a wide range of forest types (groundwater, savannah and dry highland) and is rich in water and mineral resources. Deposits from lakes and underground result from the geological formation of the Rift Valley. Sightings of the wildlife that occupies the area differ from season to season (dry or rainy), but the following are some of the common features of this natural heritage site.

Mammals inhabiting the park include lions, hippos, zebras, monkeys, hyenas and many other species. The most notable would be Swayne’s hartebeest, an endangered species of antelope native to Ethiopia. The park is also rich in avian life, and over 300 of species have been recorded. Several local species endemic to the area are rare elsewhere. These include the Nechisar nightjar, the thick-billed raven and the wattled ibis. Lesser flamingos, kingfishers, pelicans and African fish eagles are also commonly seen. Fish species such as tilapia, barbel, catfish, tigerfish and the giant Nile perch can frequently be found in the lakes and nearby rivers. Around the lakes, there are hubs and nesting places for Nile crocodiles which grow as long as eight meters in length. There is even a crocodile market on the shore of Lake Abaya. Forests and other flora found in the vast montane and savannah forest landscapes include ranges of acacia and giant fig trees across the hillsides and along the river plains, along with widespread grasslands along the shores of the lakes.  The range of species varies depending on the season. Some indigenous plant species include: the nightshade, the mimosa (A. nilotica) and the erect dayflower (C. erecta).

Integrity, Protection and Management of the Natural Heritage Site

The natural heritage status of the park was established in 1974 when it was awarded Category II status as a protected area under the IUCN (International Union for Conservation of Nature and Natural Resources). Under the convention, such natural areas are protected for their biodiversity, ecological and environmental processes and systems. Hotspots of biodiversity such as Nechisar thus are important pool for the preservation of unique species that add to the ecological balance of an area. For anyone who loves nature, wildlife and adventure and plans to visit southern Ethiopia, Nechisar National Park is one natural heritage site not to be missed!

A walk through the old markets of London