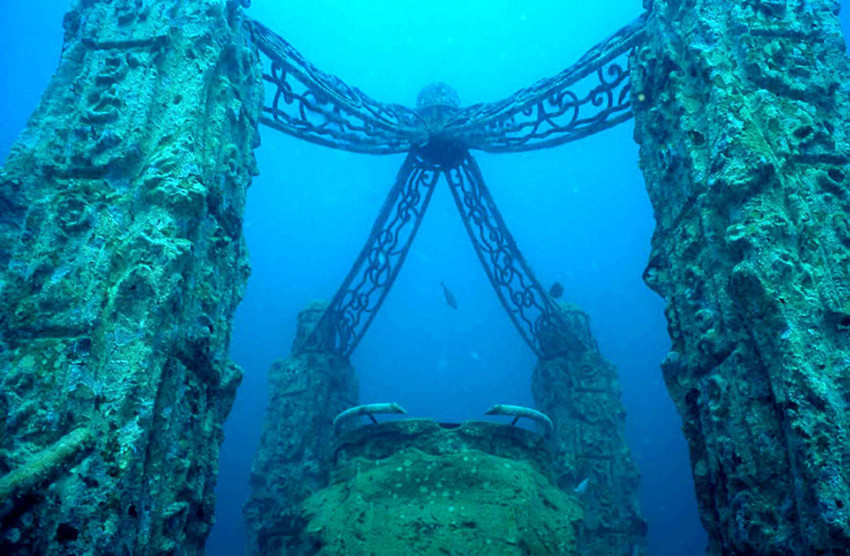 Seventeenth century life in the Caribbean evokes images of pillaging pirates, naval battles, conquests, hidden treasure, overindulgence, and Johnny Depp. The wealthiest port on the Caribbean, Port Royal, was exactly all that (albeit without Johnny Depp). Called the ‘most wicked and sinful city in the world’, it was the hub for pirates and prostitutes in the Caribbean and became one of the biggest European cities in the New World. All of this came to an abrupt halt in 1692, when a devastating earthquake struck the island of Jamaica and destroyed the city, leaving most of it at the bottom of the sea.

Founded in 1518, Port Royal was one of the largest cities in the Caribbean and functioned as the centre of shipping and trade in the region. It was first held by the Spanish, but was later conquered along with the rest of Jamaica by the English in 1655 after they failed to take Hispaniola (Haiti) from Spain. It used to be the home of pirates and privateers sponsored to attack Habsburg Spain’s conquests in the New World by powers who dared not directly make war on Spain. This city was the centre of English life in Jamaica and became synonymous with lax morals, piracy, prostitution, and alcohol. Most of the Englishmen who settled there made their living from slave trading and the money that pirates brought in after raiding Spanish vessels and ports. The fact that the notorious pirate Henry Morgan became Lieutenant Governor of the city in 1675 indicates the level of vice present in Port Royal.

In June 1692, a massive earthquake rocked the island of Jamaica, sucking Port Royal under the water. Geysers erupted from the earth and buildings collapsed, and the city was hit by a tsunami soon after to destroy what was left of it. It is estimated that 2000 people were killed and more than 30 acres of the city was dragged under the sea, including the cemetery where Captain Henry Morgan had been buried. The story of this tragedy was circulated among the surrounding islands as a cautionary tale to demonstrate how a nest of vice was destroyed through divine retribution. But the earthquake did not end Port Royal’s lifestyle, as pirates continued to stop there for another 50 years while raiding Spanish ships. After that however, the city was subjected to several fires and earthquakes until the English finally decided to discontinue it as their naval station. It was hit by yet another earthquake in 1951 which destroyed the few remaining buildings.

Today, Port Royal lies under forty feet of water at the bottom of the Caribbean Sea. Some consider it to be the most important underwater archaeological site in the western hemisphere, and divers are still exploring and cataloguing the city. The most famous discovery till date was made by Edward Link in 1969, who found a pocket watch dated to 1686 with its hands stopped at 11.43. Visitors up until the 1990s have reported that the city can still be seen under the waves, with rooftops far below the water eerily visible. A small part of the town still exists above the shoreline, but there is  little to suggest the notorious city’s turbulent past. Port Royal’s secrets sleep deep beneath the waves.