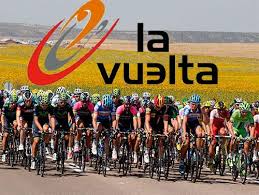 The Tour of Spain, in Spanish “La Vuelta a España” is an international road cycle race and an annual multiple stage bicycle race. It is primarily held in Spain, whilst also occasionally making passes through nearby countries.

It is one of the three Grand Tours in Europe, along with the Giro d’Italia and the Tour de France, and is also on the UCI world tour.

The race is broken down into 21-day stages. The winner is the cyclist with the shortest total time, which is calculated by adding all the times of all 21 races together.

Originally held in spring 1955, the race moved to August and September to avoid direct competition with the Giro d’Italia.

The inaugural event took place in 1935, with just 50 participating riders passing through its 14 stages.
Clemente López Doriga, a cycling enthusiast, convinced Juan Pujol , the director of the newspaper “Informaciones” (a daily newspaper at this time) to organize the first edition of Vuelta a España, inspired by the success of the Giro d´Italia and the Tour de France.
The delicate political situation of Spain, as a consequence of the Spanish Civil War, caused the cancellation of the sport event for four years.
Because of the Second World War the race had been interrupted for two years.
Despite initial disruption to the first few tournaments (i.e. the Spanish Civil War and the Second World War) yearly races have taken place since 1955.

Some of the most famous winners of the Tour are Bernard Hinault (France) who won in 1978 and in 1983, Eddy Merckx (Belgium) in 1973, Tony Rominger (Switzerland) for three consecutive years (in 1992, 93 and 94), Jan Ullrich (Germany) in 1999, Roberto Heras (Spain) in 2000, 2003 and 2004 and Alberto Contador is one of just 5 cyclists to have won first place in all three road cycling Grand Tours. It is interesting to note that Miguel Indurain (Spain) became the youngest rider ever to lead the Vuelta a España, at just age 20 in 1985.
Tour of Spain has evolved with an international reputation over time, with new cycling challenges. Last year, La Vuelta celebrated eight decades of cycling history. Every year the cycling competition takes places in different parts of Spain. This year, the race has 21 stages and 3.277 kilometers and will start in Galicia.

Relay of Youth in Yugoslavia