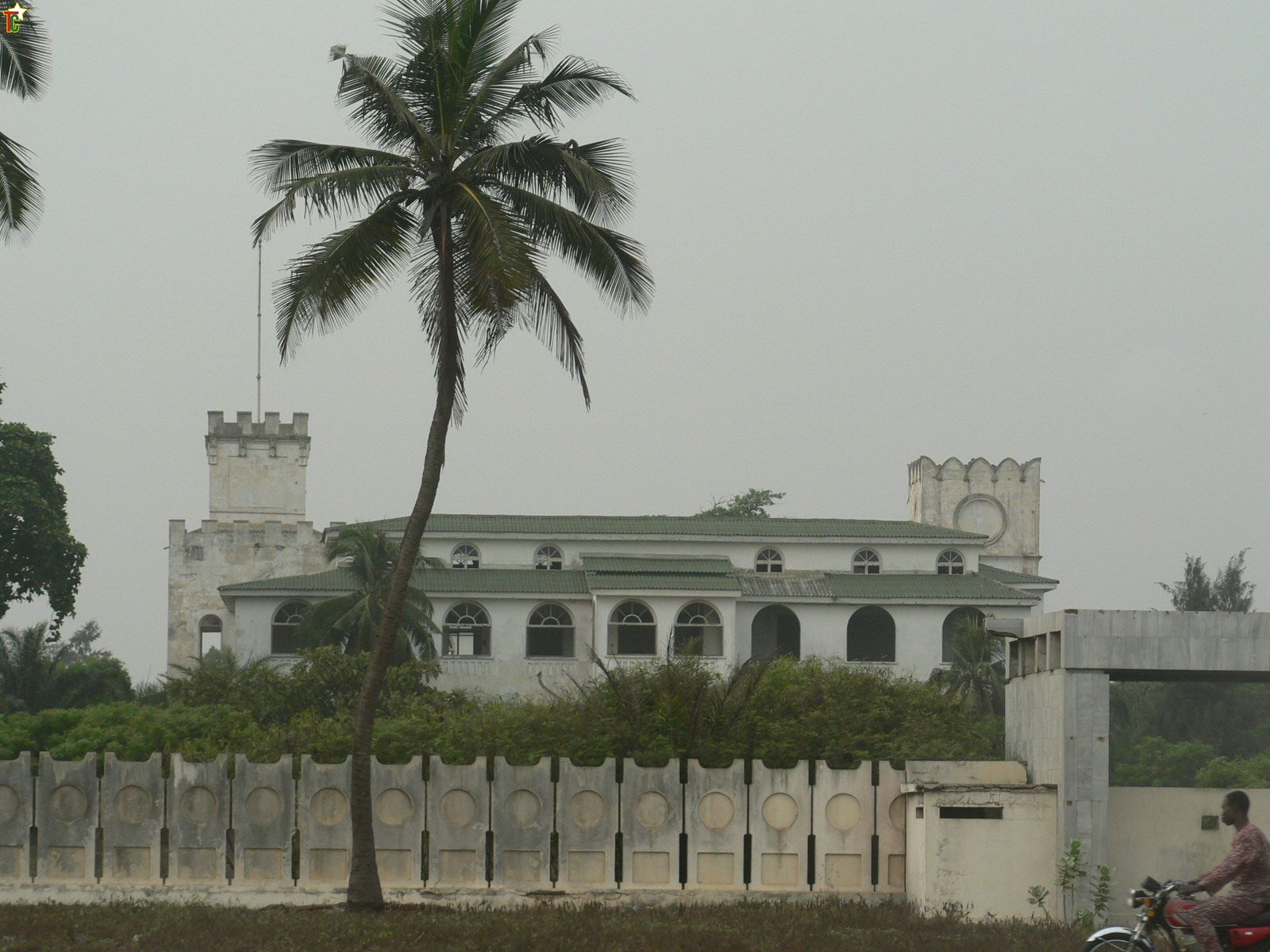 Located at 250m from the beach of Lomé Togo, The Governor’s Palace was the largest and most imposing palaces of all German colonies. The architecture of the palace comes under the German desire to demonstrate the power and prestige of the German colony of Togo ant to impress from long distances, such as boats coming to harbor in Lome. The building was built between 1901 and 1905, this costed approximatively 155,195.28 Mark in 4 years.

The main building consists of two floors and measuring 41.5 m long and 34 m wide, it contains a courtyard 22 meters long and 17.50 meters wide. The Governor’s Palace is composed of a total of 28 rooms including 5 bedrooms as host. The ground floor housed the administrative services while the floor was a private apartment for governors. There each side of the building, east and west, a tower that rests on a concrete foundation 18 m high.

The palace served as the residence of the governors of the German colony of Togo from 1905 to 1914. After that time, it was occupied by the British until 1920. The French governors of the colony Togo had also made this building up their residence “Togo’s independence in 1960. The same building served as a residence for different Presidents of the Republic of Togo until 1970, when President Gnassingbe Eyadema has built a new presidency. The Palace of the Governors has been transformed from 1976-1991 in residence of hosts, before being used as the headquarters of the prime minister.

The building suffered damage outside the cockpit following the attack on the prime minister by the Togolese armed forces in December 1991. As today the Palace is closed public because of renovation work.

I share you another pictures when works will end.

The Little Dharamsala of Delhi

St. Stephen must be proud