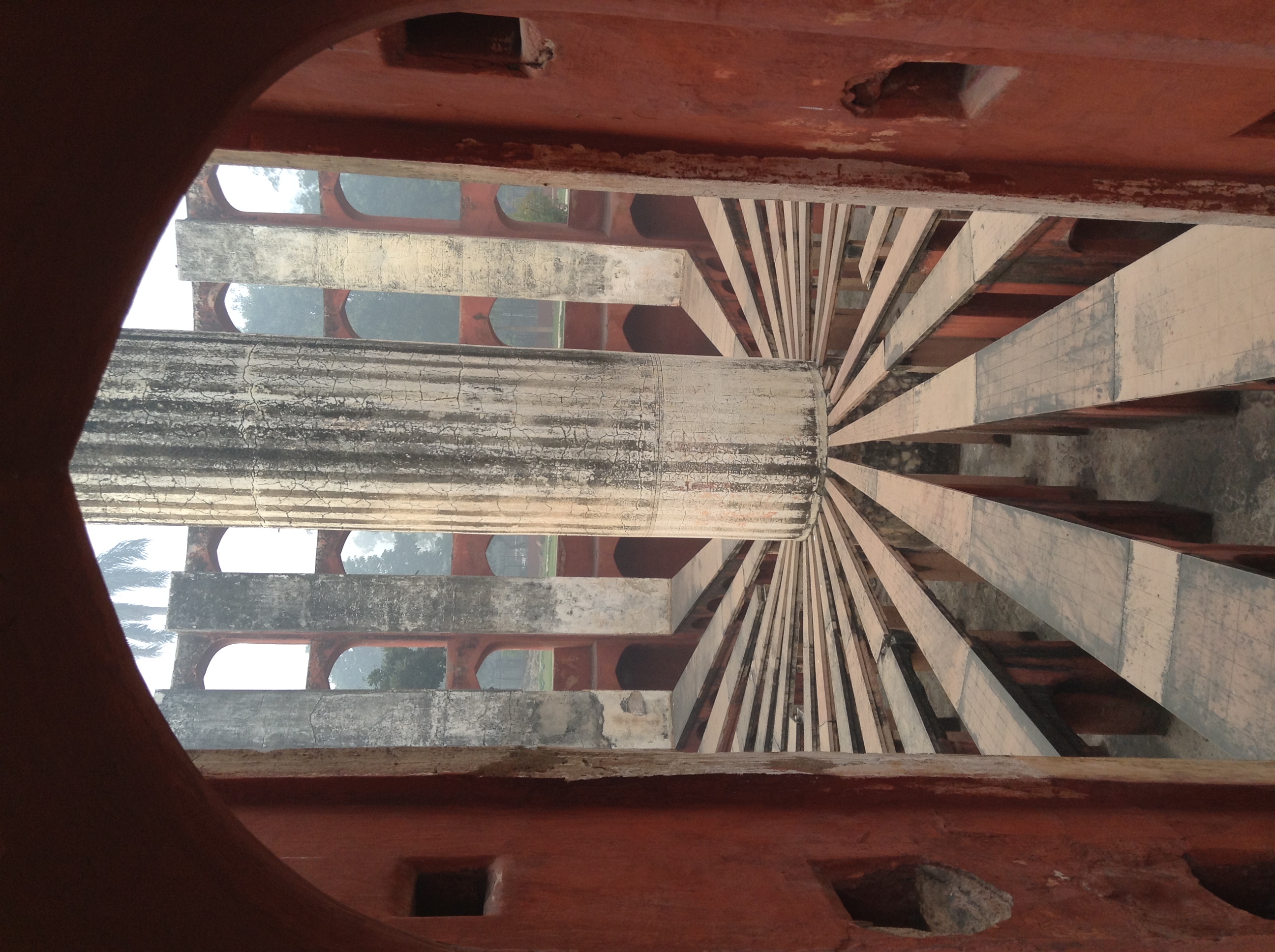 Delhi has a rich culture which dates back to as old as 6th century. From Delhi sultanate, to Mughals to British Raj, each era has left behind architectural marvels which are testimonies to the prevalence of such Heritage.

Earlier, I used to believe the monuments were built to commemorate the dead or a victory or to perhaps provide comfort to the royals. However my perception changed after I chose to visit Jantar Mantar as a part of GoUnesco task.

As I went through the instructions of the task, my mind went through the list of possible heritage sites. Jantar Mantar had the edge over the others as not it has historical significance but scientific and technological as well.

This short expedition started on a chilly winter morning. Driving my way through the dense fog that had enveloped the city, I reached Jantar Mantar situated in the heart of Delhi. I expected the number of tourists to be few however I was taken by surprise to see families and groups of tourists gathered admire the architecture of Jantar Mantar.

Jantar Mantar derived its name from Sanskrit words Yantra (instruments) and Mantra (formulae). It is an observatory built by Sawai Jai Singh II of Amber, consisting of 13 abstract architectural structures which represent astronomy instruments used for keeping a track of celestial bodies to unravel the mysteries pertaining to astronomy.

Some of the important instruments include:

Samrat Yantra or Prince of Dials: which is the largest instrument in the observatory used for determining the local time of a place.

Mishra Yantra: its purpose included measuring the altitude of the celestial bodies.

Ram Yantras: these colosseum like structures measures the vertical and horizontal angles of celestial bodies.

Jay Prakash Yantra: It was designed to measure the position of sun. Currently it is being restored by Archaeological Survey of India.

Apart from astronomical and scientific importance, Jantar Mantar has attained the status social and political significance. With nation’s issues being brought forward in the form of protests, Jantar Mantar is the designated place for such protests. Fight for Lok Pal Bill, Justice for Nirbhaya and Nido etc. being examples of such protests.

Strolling on the walkways of the monument, I pondered over the Physics involved in the architecture. All of it proved to be interesting despite physics not being my favourite subject.  Afterwards enjoying a hot cup of tea at a stall outside Jantar Mantar was nirvana in that cold morning.

“The world is a book and those who do not travel read only a page.”I’ve completed my 2nd page indeed and looking forward to moving on the next page.

An Evening with the Djinns at Ferozshah Kotla