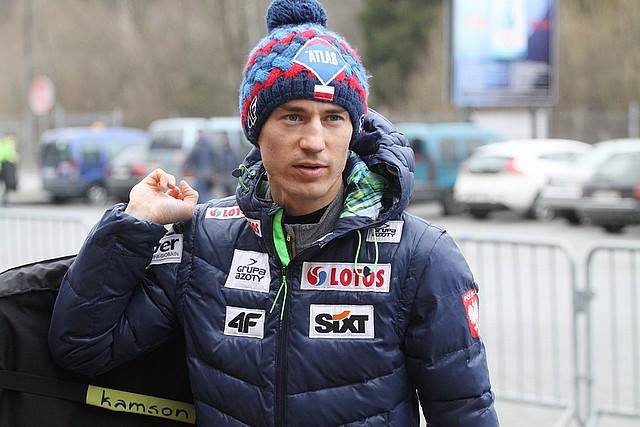 Despite a bright and warm summer in Poland, European Football Championships and a visible excitement of the soon forthcoming Olympic Games in Brazil, let me throw back a little to the winter in 1920 when Poland organized its first championships in ski jumping.

Ski jumping?! One may ask while trying to imagine a person wearing skis and desperately attempting to take off a flat and snowy ground. Close, but not exactly.

Ski jumping is an absolutely fascinating and not rarely thrilling winter discipline (although nowadays modern technologies allow the sportsmen to perform also in summer), which involves a jumper who speeds up on a huge slope situated on a high hill and takes off at the edge of the slope in order to fly as long as possible and try to land further than his competitors.

As I have already mentioned, Polish ski jumpers participate in national and foreign competitions since 1920’s. Before the WWII, one of the most popular sportsmen was Stanisław Marusarz, who in 1938 won a silver medal during the World Championships. In the following years Polish ski jumpers were still a stable and difficult to conquer power, regularly warmed up by such successes like the longest jump in the World performed by Piotr Fijas in 1987 and undefeated until 1994. However, the best was yet to come.

In 1995 his debut had young Adam Małysz, who later became an absolute symbol of an invincible sportsmen and a hero of the entire country. Among other significant awards, Małysz won 4 Olympic medals, 6 World Championships’ medals (including 4 gold ones!), he also became a 4 times winner at the FIS Ski Jumping World Cup and, finally, in 2001, as the only Pole in history, he won a prestigious Four Hills Tournament. Adam Małysz’s victories which lasted for the whole decade caused a huge national interest in the entire discipline and led to the huge crowd of proud Polish fans following our ski jumping team from one competition to another. So-called mania around the person of Małysz became a widely recognized phenomenon and the jumper himself became a celebrity. It is worth mentioning that the heritage of Adam Małysz earned a worthy successor, as a current leading representative Kamil Stoch has already won two gold medals in World Championships, 2 gold Olympic medals and a World Cup!