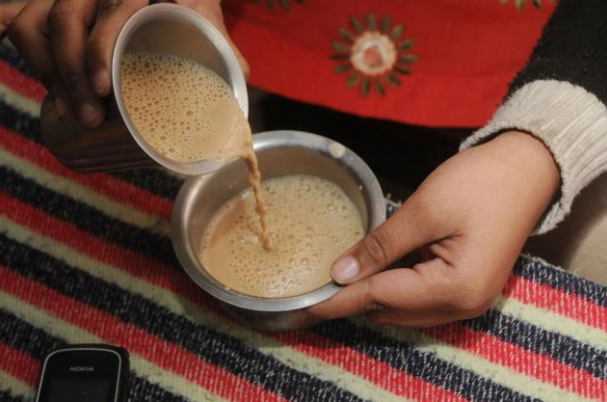 Coffee has been one of the most invigorating elements of people’s life. Drinking a cup of coffee stimulates all your senses to the level of pleasure. In fact, many writers have given overwhelming credits to these aromatic beans. No wonder, T.S. Eliot honestly admitted ‘I have measured out my life with coffee spoons’.

Though, I’m not a very ‘morning coffee person’, yet there are people who symbolise their sunrise with a cup of coffee. The effect of concoction of coffee with different belongings is quite penetrating, till the other end. Anybody can apprehend something as a healthy combination for a reader – writer with coffee and a computer (words flow uninterruptedly!) while a lethal combination for a wife – husband with coffee and a newspaper (stop counting hours spent!).

How unpretentious we behave whenever feeling somnolent or lethargic, we gulp down a mug full of coffee. Well, the real promoter is caffeine that boosts our inner core. Scientific investigations have proved that drinking of one cup coffee a day; can enhance the functioning of some body organs. Refer image:

Etymologically, coffee has its derivation from an Italian term ‘caffe’ which has a descent from Turkish pronunciation ‘Kahveh‘ yet again finding its origin from Arab term ‘Qahwah’. Well the Indian version of this term is ‘Kaapi’ (Indian filter coffee) that is a unique tasteful coffee from the southern part of our country.

History records that India had its first sight of these beans via a saint called Baba Budan, in 16th century. He was a devout muslim who visited Mecca for a pilgrimage and first saw these sweet-smelling beans. The fragrance forced him to tie seven such beans around his chest and land in Karnataka. These beans were then planted in Chandragiri hills of Karnataka to get a good homestead of this plant. That’s how it has flourished from Western Ghats to the North Eastern regions growing different varieties like Arabica, Robusta.

One of the exclusive varieties of Coffee beans of our country has been Monsoon Malabar attaining its name from the place of origin (Malabar) and its process of preparation (laying bare to monsoon winds). Actually, this variety is an unintentional product of environmental ravages. During British time when these coffee beans were exported to Europe through sea, they had to face the extremities of sea air and monsoon winds for a period of 4-6 months that led to it being swollen and pale coloured. After knowing about it, efforts were made to conceal this moisture content and exporting in more original form. However, people in Europe liked the old taste and fragrance of less acidic swollen beans, more than that of the original ones. From then, a new variety of Coffee beans uprooted as Malabar monsoon.

Yet another world renowned filter coffee from South India, is a product of roasted coffee beans with a little of chicory. The beans roasted beans are well grounded and put in the upper glass from a set of two cylindrical glasses. Then the powder is compressed into an even level across the glass’s pierced bottom. The upper glass is nested into the top of the tumbler and boiling water is poured inside and covered with a lid so as to collect the slowly dripping brewed coffee.

Originally, people in India were a little hesitant to try Coffee. After some period, it became a drink of the middle and upper class. In fact, the Tamil Brahmins stature was recognised by the usage of Coffee as their drink. The tradition of drinking coffee goes with the ritualistic norms of Brahmins, wherein it was not sipped directly with lips from tumbler but was first poured into a small saucer called devarah and then poured into mouth from a distance. The act relieves a Brahmin person from getting impure. Hence, the coffee was never as hot as we drink it today. It was cooled down a bit and then poured in the saucer to drink a frothy coffee slowly and mildly. The earlier practices for making filter coffee used freshly roasted and grounded coffee beans, sometimes jaggery or honey and cow’s milk to get the real tasteful essence.

I would sum up my writing by adding a quote by James Mackintosh “The power of a man’s mind is directly proportioned to the quantity of coffee he drinks”.