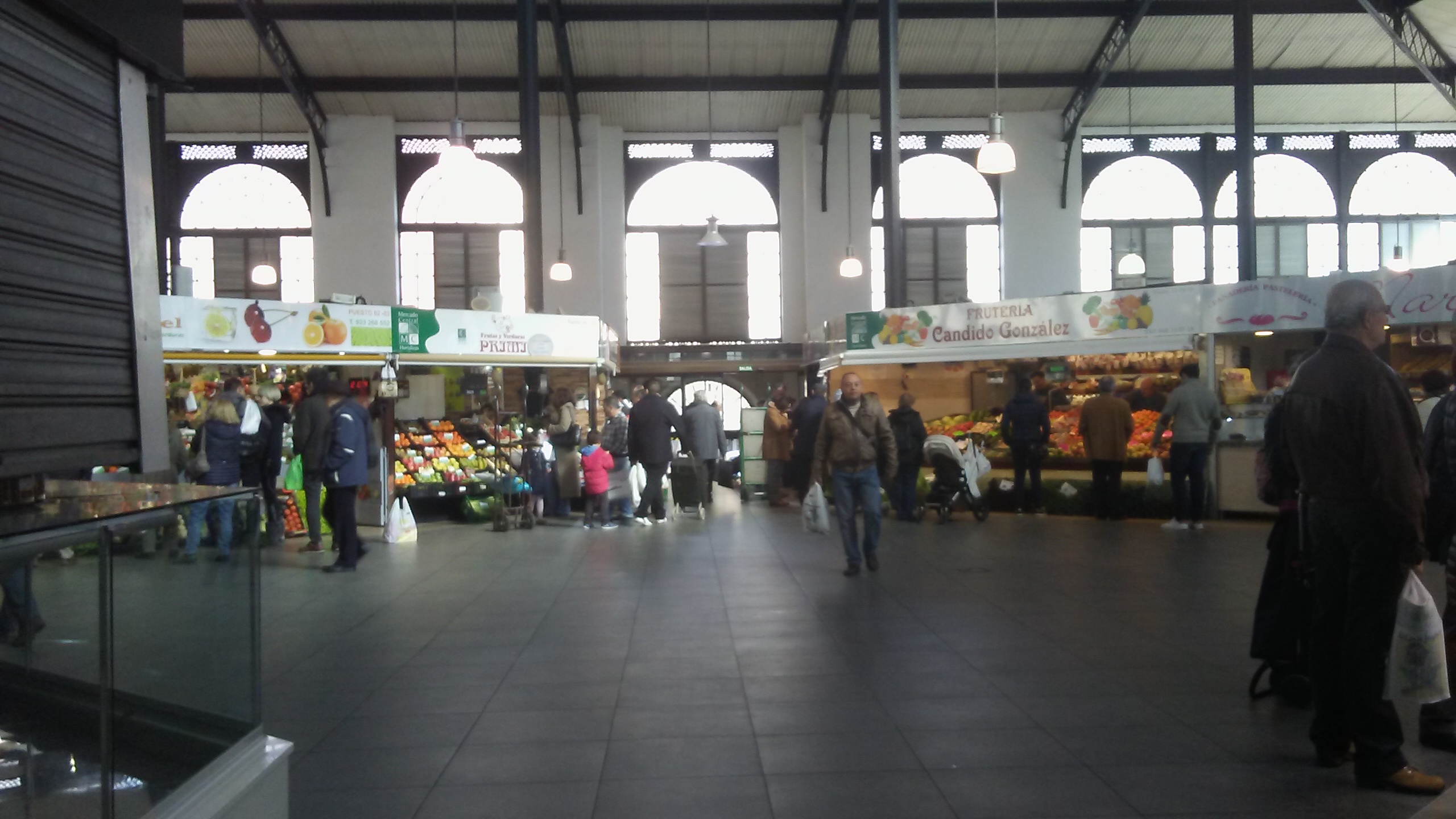 Salamanca has three food markets that are open everyday from Monday to Saturday. The oldest one is the Central Market, which is located in the city centre. The other two markets were built at the end of the 20th century in new neighborhoods. We visited two of them in this photowalk: Central Market and San Juan Market.

The Central Market is in the Market Square, close to the Plaza Mayor (name of the main square of the city). It was designed by the architect Joaquín Vargas y Aguirre and was built between 1899 and 1909. It is divided in two floors where customers can buy fresh products such as vegetables, meat and fish as well as typical local food like iberic ham or cheese.

We also visited San Juan Market, which takes place in a modern neighbourhood that developed in the 60’s. It was renewed one year after San Bernardo Market, in 2008.

In our tour we talked to the people who were working there and we could see how local economy works in these markets. The majority of customers were old people because young people prefer to go to supermarkets. We think that this should change because the quality of the products is really high. Many chefs and cooks were buying groceries for their restaurants. In the photowalk we learned and enjoyed a lot while discovering local food markets!

July 15: Why it is one date you should remember Brunei for

Kannada language owns its origin to this temple town