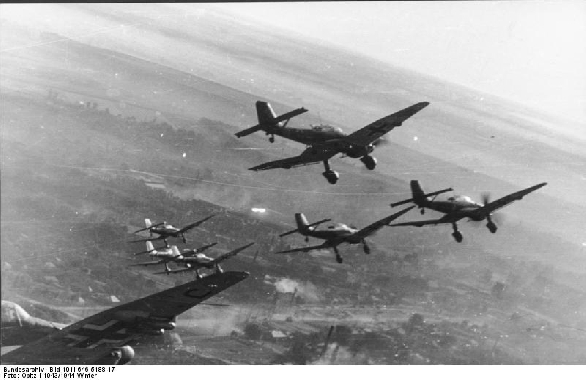 Not long ago, during my Easter visit at family home in Poland, my dad and I were watching a British drama set in the period of the Second World War. The opening scene showed a desperate operation of transferring all the children of London to the countryside. The war was already official and there was no time to lose. Thousands of youngsters fled from the city to seek shelter as far as possible from the invader’s main target. Watching this and comparing it with the heart-breaking pictures of the Warsaw’s Uprising for example, which every Pole stores somewhere at the back of their heads, a filled-with-hope and a bit naïve question came to my mind.

“Why weren’t Polish children sent to the safer countryside?” I asked my dad, who seems to always have an answer. Also this time he didn’t fail:

“Some of them did, but the point is, that in Poland, nowhere was safer.”

A cold thrill came through my back. I watched the movie to the end, but this casual remark of my dad made me realised what a total war means. Not only in Poland or Great Britain, the Second World War left its footprint on the vast part of the Earth and each region remembers it differently. There is no more or less, no crueller, no more dangerous or less safe. This war, like every conflict, was disastrous for each party. The more than a five-years pain and threat left Europe with a countless number of monuments, memorials, historical sites. An incredible number of written or recorder, but primarily, untold stories. Unforgettable tragedy and a tough lesson to remember. And it all started in Polish Wieluń.

Wieluń is a tiny town in the central Poland, today, a home for no more than 25 000 citizens and just another lovely place where the calm life is focused around the main square near the historical, though rebuilt, municipality. Apparently, it is also one of the most cruelly destroyed place during the World War II. On the first of September 1939, it took German Nazi bombers less than an hour to completely smash 75% of the town and leave scarcely any soul alive. Also nowadays, the story of Wielun is referred to as an example of an unnecessary and unreasonable cruelty and bestiality.

Although the case of Wieluń is not isolated, I decided to recall it as it is often left without mentioning. What is crucial, is that the attack happened without any official warning. The World War II started on the first of September 1939 with a German Nazi invasion of another Polish site: Westerplatte. Since that moment, the war was inevitable, spread quickly and until its official end in Europe, on the 8th of May 1945, it engaged the entire Europe, East and South-East Asia, Middle East, northern Africa and three oceans. Wieluń was the first, although unofficial, victim of this world-wide catastrophe.

Nowadays, more than 70 years after the war’s end, cars in Warsaw still stop each year and for a whole minute during the anniversary of the Warsaw’s Uprising. Boards on the buildings remind of the executions and their victims. Memorials in the cities, towns and even in the forests inform about the secret gatherings of the guerrillas or fatal battlefields. But primarily, floods of tourists annually visit German Nazi Concentration and Extermination Camp, and a World Heritage Site, Auschwitz Birkenau. It entered the World Heritage list according to the criterion VI, because as the official reasoning states: “(…) The site is a key place of memory for the whole of humankind for the holocaust, racist policies and barbarism; it is a place of our collective memory of this dark chapter in the history of humanity, of transmission to younger generations and a sign of warning of the many threats and tragic consequences of extreme ideologies and denial of human dignity.”*

For a short account of the site watch: https://www.youtube.com/watch?v=w1Mc-jqRhlI#t=147 **

War, Heritage and Legacy– An introductory case study of the Democratic Republic of Congo