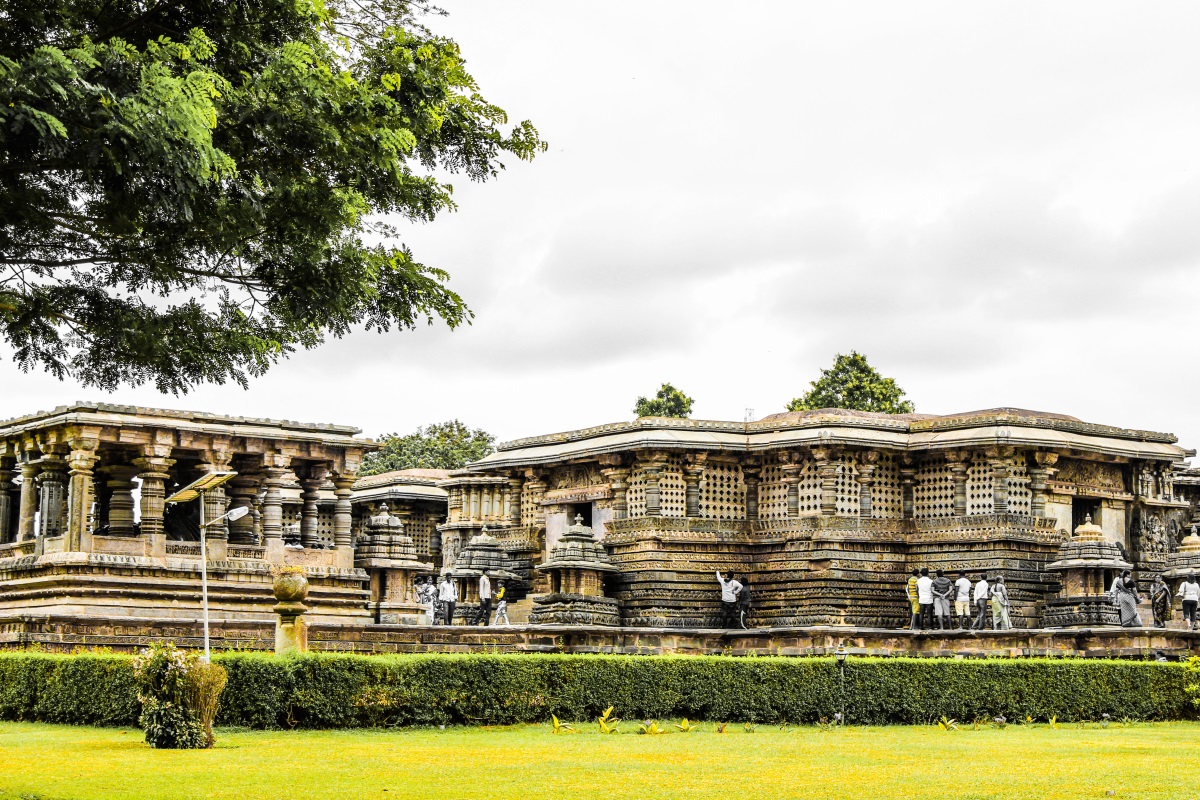 Beluru and Halebeedu are famous heritage sites in Karnataka. These two twin towns were once the capital cities of Hoysala dynasty. Beluru and Halebeedu both are famous for their intricate carving, typical Vesara style of architecture and outer temple wall freezes representing many stories from Indian scriptures. Beluru is more beautiful to see from inside, on the other hand Halebeedu is more beautiful to appreciate from outside. The outer wall of Halebeedu temple has many beautiful freezes from ancient Indian scriptures like Ramayana, Mahabharata and Srimad Bhagavatam.

This beautiful sculpture at Halebeedu depicts the combined form of lord Vishnu (Hari) and lord Shiva (Hara) in a new form of Harihara. Harihara is the divine transformation where in Vishnu and Shiva both are represented in a single body. On careful observation one can notice lord Shiva holding chanting beads and trident (trishoola) weapon representing the right half of the body whereas lord Vishnu is seen holding the conch and Sudarshana (disc) weapon representing the left half of the body.

This sculpture gives a divine message to the universe that both Hari and Hara are equally respectable, and they are neither above nor below each other. The sculpture clearly means that there is no difference between Hari and Hara as both are equally prominent and divine figures in Indian philosophy.

It was lord Vishnu who worshiped lord Shiva in his tough times and he was blessed with Sudarashana weapon by lord Shiva for his self- protection. It is lord Vishnu upon whom lord Shiva meditates on all the time deriving his spiritual energy from lord Vishnu. Thus, lord Shiva and lord Vishnu are equal and inter-dependent on each other. Unpleasant interactions between the religious sects that worshipped these Gods (Vaishnavas and Shaivas) are only archetypal when compared to the relationship between the Gods themselves.

Navratri and the triumph of Good Over Evil