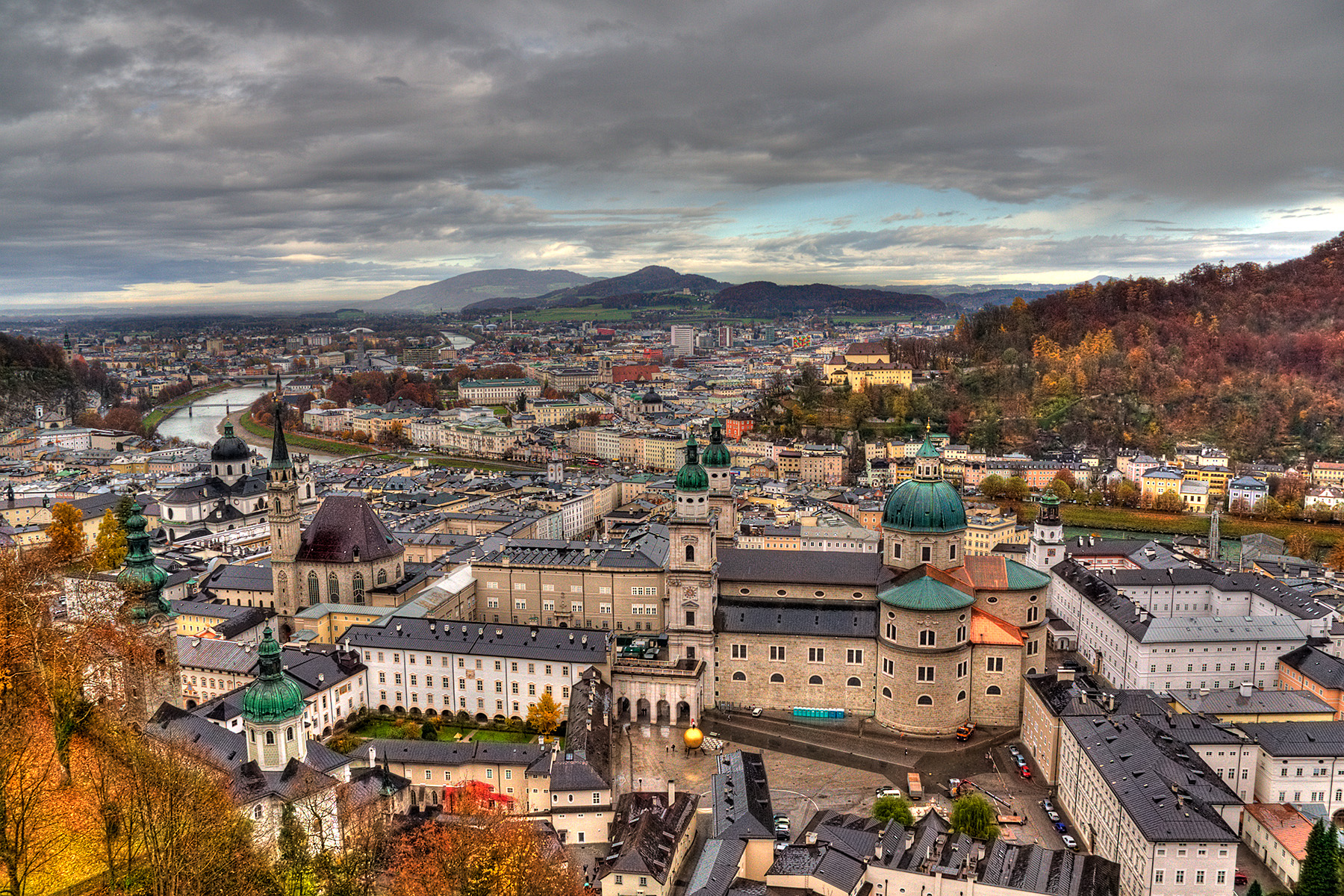 When you think of Salzburg, the first thing that usually comes in mind is The Sound of Music. Released in 1965, Robert Wise’s film chronicles the lives of the Von Trapp Family Singers- one of the most successful choir groups in the years directly after the Second World War. The Sound of Music was filmed in the city of Salzburg and today, there are multiple tours which offer tourists and travelers the opportunity to go visit most of these locations.

But Salzburg is so much more than just a filming location of The Sound of Music. In fact, the city’s history can be traced back to the Stone Age, but the first signs of settlement only date back to the Neolithic times. Having said this, the first recorded city was called Iuvavum. Founded by the Romans in 15 BC, the city merged the smaller Celtic communities that lived around the area. Unfortunately, Iuvavum fell to ruins after the disintegration of the Roman Empire. (Salzburg’s History: Coming A Long Way)

In the 5th century, Salzburg’s famous monastery, St Peter’s Abbey was constructed. The Abbey still stands today and is regarded to be one of the oldest in the Germanic world. In The Sound of Music, it is not the St. Peter’s Abbey but the Nonnberg Abbey that is featured. The latter was built a few centuries in 712-715 (approximately) by Saint Rupert of Salzburg. Both Abbeys are considered to be some of the oldest in the Germanic world. And today, Saint Rupert is considered to be the Patron Saint of Salzburg.

The name Salzburg was first documented in 755 AD. The name translates to “Salt Fortress” in German and is a reference to the barges carrying salt on the Salzach river, which were subject to a toll in the 8th century. And that’s not all. In 1077, the iconic Festung Hohensalzburg finally finished its construction. The cliff-top fortress was built in honor of Prince-Archbishop Gebhard and offers a bird’s eye view of the city of Salzburg. Today, it’s regarded to be one of the best-preserved medieval castles on the European continent, and concerts of Mozart’s work are often held at the fortress as well. (Why Salzburg is Austria’s Most Inspiring City)

Salzburg is also home to the iconic Stiegl Brewery. Translating to “Little Stair” or “Little Step” in German, the Stiegl brewery was founded in 1492 and is considered to be the first brewery in Austrian history. Today, it is one of Salzburg’s most famous tourist attractions and features a museum with regular exhibits chronicling the rich history of Salzburg, but also has an in-house cinema in addition to a flourishing brewery. (Stiegl, Museum)

During the 17-18th centuries, Prince Archbishops Wolf Dietrich von Raitenau, Markus Sittikus and Paris Lodron used the wealth from Salzburg’s name-sake salt trade to transform the city into one of the world’s most iconic baroque cities. Lavish palaces, churches and gardens were constructed across the city. But that was not all. In 1756, one of Salzburg’s most famous residents, Wolfgang Amadeus Mozart was born. A child prodigy, he is still considered to be one of the greatest classical composers and has influenced the evolution of music for centuries now. Today, Mozart’s house in Salzburg has been converted into a museum and the city offers several guided tours for interested travelers and tourists. It is because of the rich cultural traditions in the 17-18th century that the period is regarded to be “Salzburg’s Golden Era.”

Unfortunately, this was short-lived. In the 19th century, Salzburg lost much of its wealth to Bavarian and French lootings. Though it never fully recovered in an economic or cultural perspective until the late 19th century, it is still considered to be one of Austria’s most inspiring cities, renowned for its rich cultural legacy. Apart from Mozart, Salzburg was also home to one of the greatest conductors of the 20th century – Herbert von Karajan. Principal conductor of the Berlin Philharmonic for 35 years, Karajan still has enormous influence in the world of Classical European music.

Salzburg is also renowned for the famous Salzburg Festival. Founded in 1920, the Festival attracted an enormous wealth and intellectuals from Vienna and Germany, restoring Salzburg’s status as one of the premier cultural capitals of the world. The festival is also briefly seen in The Sound of Music– the Von Trapp Family is seen singing at the Festival in the very end before they make their dramatic escape out of the city of Salzburg, and eventually Austria, fleeing the Third Reich.

During the Second World War, almost half of the city of Salzburg was destroyed by air strikes. This was particularly true of the buildings around the station. However, these were eventually rebuilt in postwar Europe. Supported by economic incentives through the Marshall European Recovery Program, the city of Salzburg was able to recover, earning the well-deserved title of “Austria’s Most Inspiring City” today. (Salzburg’s History: Coming A Long Way)

Why Salzburg is Austria’s Most Inspiring City