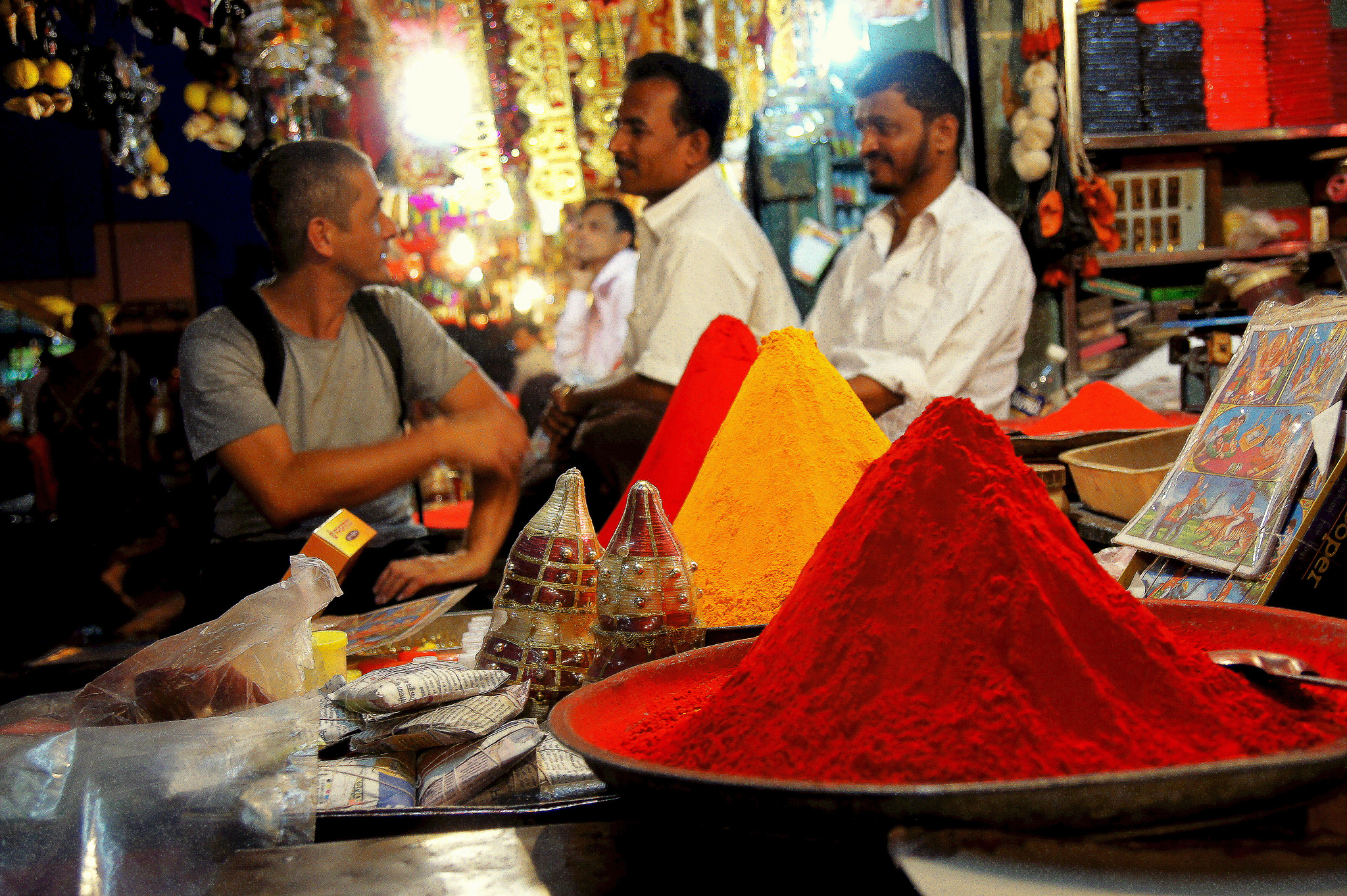 An Anglo-Indian architecturally styled building, a sign board denoting the presence of Mahatma Phule Mandai looking new as ever. Mahatma Phule Mandai in the Shaniwar Peth area of Pune, India doesn’t speak of its age though it has been standing on that spot since the 1880s. But more than the beauty in the antiquity of its crooked pathways and the old fashioned feel of its atmosphere, the Mandai glows with the beauty of the priceless relationships between the vendors. Strike up a conversation with the vendors and you realize they are of no comparison to the exquisiteness of endless journeys the Mandai vendors have navigated through together.

Over the past 130 years of its setting up, the Mahatma Phule Mandai has seen the vendors come, pack up only on their death and then have had their next generations take up their very places in the Mandai. Naeem – a 58 year old lemon seller at the Mahatma Phule Mandai tells me of how he had come here for the first time at the age of 15. I wonder at how he could still find the Mandai so alluring even after 40 years of working. “How could we ever leave this place? It has given me so much.” he says.“Today I have a car, a home, family, respect, all because of the Mandai. As long as I am alive, I will keep coming back to it.”
Time and the lack of its required municipal care, wither the outer structure of the Mandai. However inside, the vendors continue to adorn their beloved Pune City heritage with lanterns, garlands and, at some places strings with colorful cloth pieces.
Upon introspecting one could realize how symbolic the motion’s been. That for these committed persistent workers the unique, 130 year old, vegetable and fruit selling market was still very, very far from its demise.

The undeniable beauty of Mahatma Phule Mandai reaffirms itself as Naeem goes on to tell me- “We don’t care about religion or anything else here. There is a bond like no other, we’re all together in sadness as well as through happy times. When it’s Eid, others’ would come over to my house, and during the festival of Holi, we gather right here, shut down the shops and play and revel.”

Outside Mandai’s walls separatist forces may be provoking communal disparity, however unquestionable tranquility creates a haven for all outsiders or other kinds of the outcast of society here. Not only are religious differences overlooked, the market vendors welcome and make comfortable migrants who want to work for them as well. “You work hard and you could never ever go to bed hungry. If one deserves it, one shall certainly receive its fruit,” says Naeem.

The Mandai shrank from over 40 stalls to 4, but the hearts of its inhabitants remain big as ever. “Even if a pauper or a complete layman enters the Mandai. Within sometime he would have learnt so many skills, he could outsmart even a graduate or an undergraduate student like you all, aren’t you undergraduates? This is the level of skill we could inculcate in him.”

The Mandai has given him and so many of the others an extended sort of a family, the confidence from such a belonging and wealth which has helped them educate their children and offer them prospective better earning jobs.

“The Mandai should remain as it is forever. As long as I am alive, I will never let anything happen to it”, echoing everyone at the Mandai,” says Naeem.

Anushka Jain is among the  20 students a.k.a heritage enthusiasts from The Symbiosis Centre for Media and Communication who  participated in the Make Heritage Fun! event held on 26th March 2017, in Pune, India.