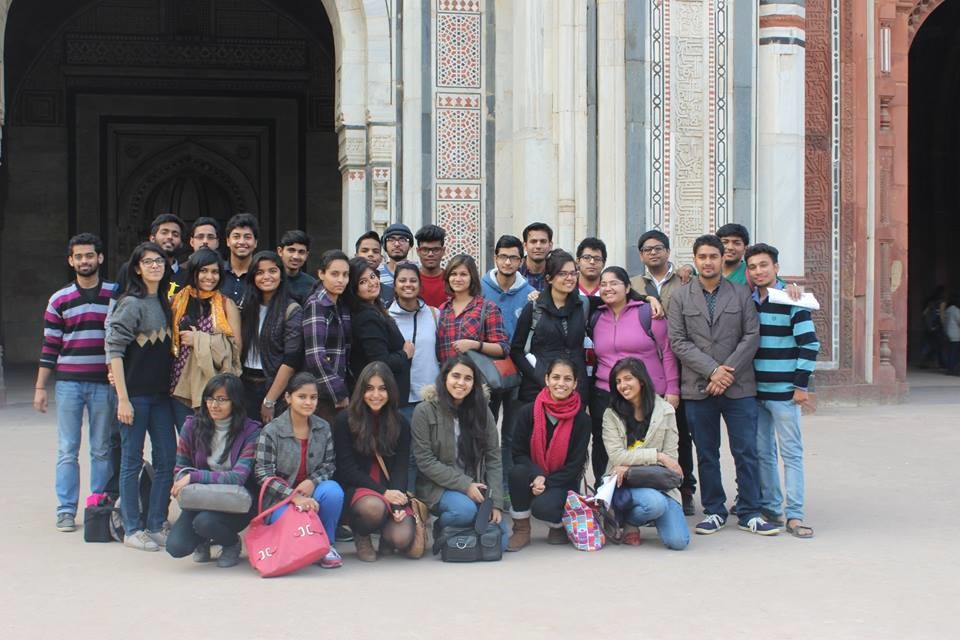 I really wish that all my travelling wishes come true and I think it surely can now with the help of the GoUNESCO which I have recently joined. Since childhood only I was a day dreamer kind of a kid, who always wanted to be adventurous, whether it is on cycle, on foot or on any kind of vehicle.

20th December was the day when Amit called me up and said something interesting is going to happen at purana quila. I was then told of a ‘treasure hunt’. I never participated in that kind of thing so just took shower in that cold Sunday and rang my friend Vipin to come with me to purana quila. We were a bit late about an hour but the program had not yet started.

So when we get at that place I am like ‘whoa! So many people’ after that the instructor started instructing us that what the program or treasure hunt is! And then volunteers divided in groups of 3 then we have instructions. What we have to do is they gave us some sheets in which a map, a crossword, some hints were given. My team mates named Aditi Singh and Himanshi were so cool individuals that it was very ultimate experience to work with them.

At first we started our first crossword with Bara Darwaza in which our riddle tells us ‘From which place they used to put hot oils and bombs at hostiles? Show that place.’

For finding this perfect place we took approx. 15 minutes and 3 times to solve this riddle! Don’t know whether that was hard or we were slow!

And another quest which was interesting was we have to make one video depicting ‘how much people were having knowledge about that place where they are moving, it would be much good if you make video with foreigner?’ In that also we took much more time than previous one and reason was quite valid because no was ready to give a shot at camera (you know why!). But at the end we found a couple who did this task for us.

Last but not the least: we have to find out where that place is

‘A place of belief…with the element of relief…

A view so serene…surrounding the garden lush green…

Fusion of past and present makes it a beautiful blend…

A message of harmony is what it aims to send…

Mix of architectural styles are like the treat to the eyes…

Blend of the cultures and tradition like the peaceful byes…

What makes it so distinct is its name…

It’s the same as of Dinpannah’s fame…’

And it was the Qila-i-Kuhna Mosque

Where we reached at last! 😀

This team was first to complete the quest-

It was really Fatafati (awesome) to solve those quests that were given but the level of enjoyment and adrenaline that was inside us was super high and fantastic. The treasure hunt also showed us that history is very important to us in order to know oneself future we have to get a certain amount of history knowledge otherwise those mistakes which everyone made will be repeated!

Now what I really want to tell you guys is ‘KISIKO HO NA HO HUME TOH AAITBAR JEENA ISI KA NAAM HAI’. Just look at us man we were so happy, so big smiles. Those smiles, those moments, are sure the ones which will be cherished by us forever. Though my team lost the game but it was so damn fun. We really want to thank respected Ajay Reddy for starting an organization like this. For me the best thing was I never joined a program like that and this is an excellent platform to a person like me and everyone. And the connections which are made in sudden, no kind of awkwardness, no shy, just free minded are just fatafati.

At the end’ “Stuff your eyes with wonder, live as if you’d drop dead in ten seconds. See the world. It’s more fantastic than any dream made or paid for in factories.” – Ray Bradbury

Travelling is a beautiful experience and you learn many things along the way. You will see new places, realize new things and will also make friendships that will last a lifetime. You will start feeling lot more independent and will come back a changed person. So don’t just plan, go for it because… you only live life once. You will never have so much time again!

Hoping for another of a kind!!