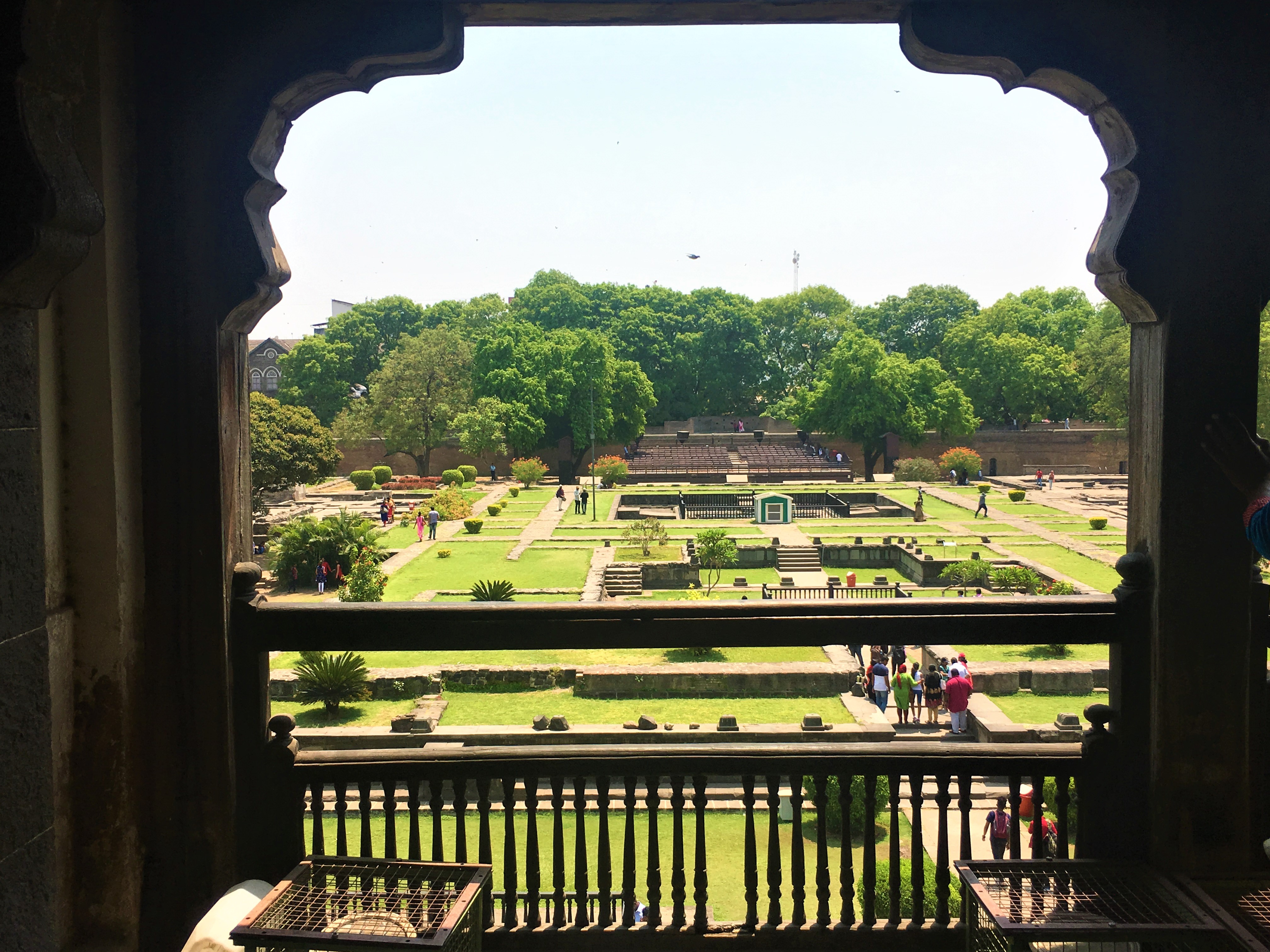 As I walked into the famous Shaniwar Wada through its magnificent spiked iron doors, the history lover in me immediately noticed the delicate floral carvings and huge paintings on the door frames and walls.It took my mind to the Mughal architecture that I had seen in the forts of Agra and Delhi.

Being a north Indian, I had mostly studied about architecture, life styles and dance forms of great northern dynasties like the Delhi Sultanate and the Mughals while growing up. I was astonished thinking about the remarkable similarity between the architecture of the Mughals and the Peshwas.

The most basic element of Mughal architecture is their dome shaped arches. Every window and door frame in Shaniwar Wada had the classic dome shaped feature.

Our Indian culture is famous for being diverse, yet there are countless fascinating similarities. It has the best examples of cultural exchange within its own boundaries. Architecture of the Mughals originally influenced by the Persians, to be found thousands of kilometers away in the fort of a Peshwa is a matter of deep curiosity.

The Peshwa architects took up inspiration from Mughal work and incorporated it within their own local architecture. Archaeologists believe that Shaniwar Wada originally had six floors made of wood. A very smart part of the original wooden architecture has managed to survive the ravages of time. The beautiful flower patterns and sculptured beams carved out of wood were built in marble or limestone by the Mughals. Thus, while the design remains the same, the material used changed on the basis of what was convenient and available.

As I found my way across the fort, I noticed everything from the design of the doors to the typical garden-style feature of the fort. Long open spaces for fresh air and beautiful fountains were among other major elements cherished by the Mughals.

There were also huge depictions of scenes from Ramayana and Mahabharata beautifully hand painted on the entry walls of the fort. Although Mughals never painted faces because of religious reasons, the style of the paintings was strikingly similar.

The only shortcoming in Peshwa architecture that comes to my mind is the use of wood. While almost all the Mughal forts and mosques continue to attract people from all walks of life, the wooden Peshwa buildings have either been burnt down or destroyed with time.  Dynasties and their legacy only become historic when there is substantial evidence to study and reconstruct them. The Marathas and the Peshwas too had similar remarkable architecture like the Mughals, but it was not built to last through the ages.

Noreen Shah was among the  20 students a.k.a heritage enthusiasts from The Symbiosis Centre for Media and Communication who  participated in the Make Heritage Fun! event held on 26th March 2017, in Pune, India.

Egypt on a plate: Food crawl