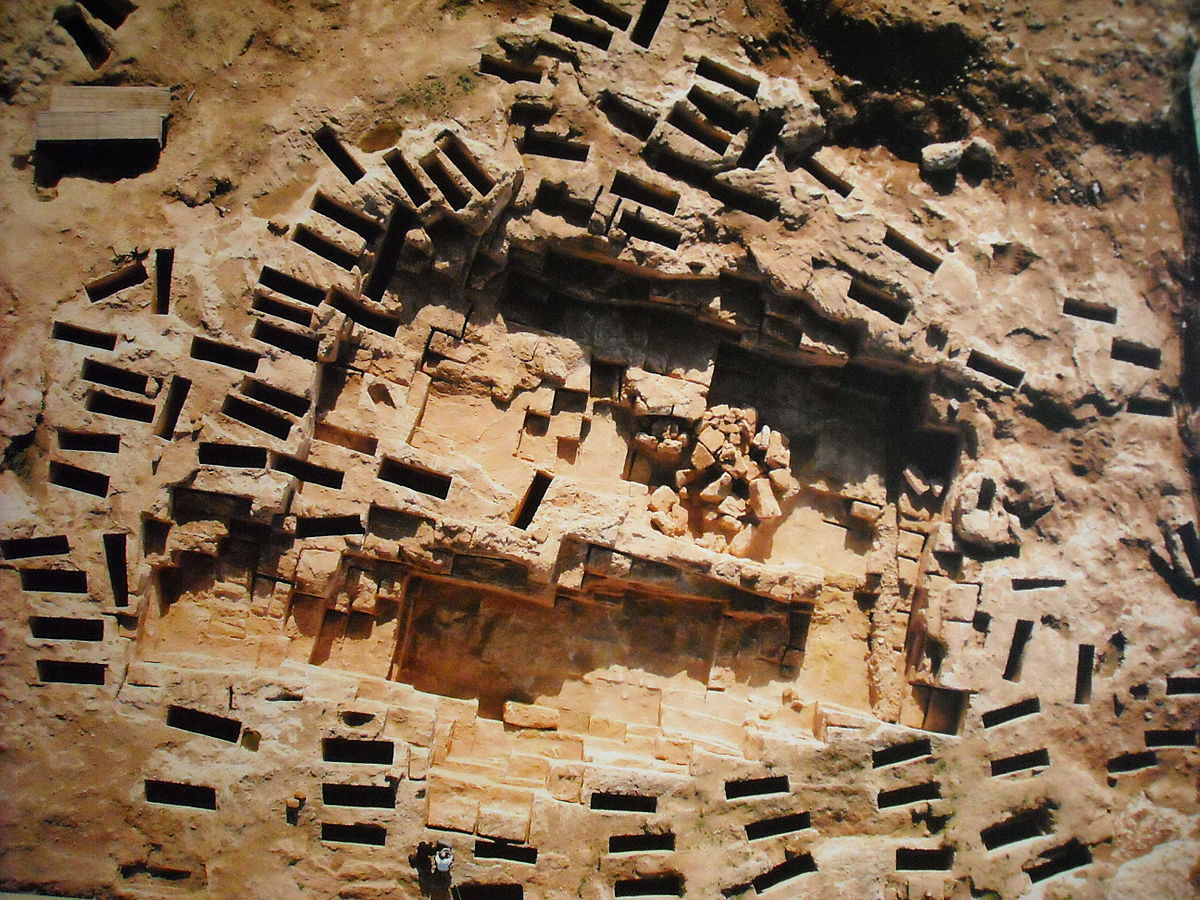 Tuvixeddu stands neglected and untouched today. The necropolis is in a condition that requires serious intervention that can only be instilled through awareness among locals.

Since the theme for the month was ‘Exploring the Unexplored’, I decided to visit one of the central areas in the town that I live in, which seems to have been abandoned for quite a while. All that I knew was that it is located on a rocky hill, where an abandoned mine was dug. My first impression of the place was that it was hidden from civilisation. I decided to  verify my attributions by making a visit to the area.

Cagliari is a monumental city in Sardinia which was known for its rich underground heritage. Galleries, caves, mines, tombs and neighbourhoods are just a few structures that seemed to have been a part of the infrastructural landscape of the area. Cagliari is located within a neglected archaeological site, subject to the degenerative forces of time.

Tuxiveddu essentially means a ‘hill with little holes’. It houses a Phoenician-Punic necropolis constructed between VI-III BC, and made use of in the Roman era. This necropolis houses around 1100 tombs in total. The surface area of the necropolis consists of these tombs, which are carved ins tone. What is peculiar is that all of these tombs seem to be facing towards the sea.

The Structure of the Tombs:

The ‘hypogeum’ is the an interesting example of funeral tradition . A hypogeum is a vertical tunnel , 3 -8 meters deep,  carved in rock . The smooth walls of the tomb need to be scaled in order to reach the inner area where the bodies are buried. A ‘pedarole’ or foothold allows sextons to descend into the tomb. Niches are also present in these walls in order to place key belongings and sacral objects. There also seems to be some art in these tombs, which is mainly symbolic, consisting of masked figures and other humanoid representations.

Roman tombs are different from the others because they are exemplary  of decorated tombs.   Each tomb has  its own history. Myths and tales of the Primordial are often associated with them. Pictorial representations include ‘The Cave of the Viper’, which is a mythical story of romance painted on the walls of these tombs. The historical value is undeniable, but current developments in the area seem to overshadow this importance.

Mining and quarry projects during the World Wars, as well as a general lack of maintenance and upkeep, have caused severe degeneration of these cultural resources.

Changes in the Area:

In the Roman era, Tuvixeddu was used as a mine to extract ores and build aqueducts to mobilise water resources. In the 19th Century, a 2km long canyon was created to industrialise the mining process. This greatly transformed the landscape of the area. The work continued till the 80’s, and caused the destruction of several tombs. After the second World War, the area was abandoned, and made a home for refugees and homeless individuals. In the last leg of restorative attempts, a public park was constructed in the area to offset the wreckage caused, but it was met with little favorability.

The basic premise was to make the area productive, but the resultant consequences seem to hide the hill and its contents from the public, and also change the role it has played for the city itself.

Degradation in the Area:

The basic aim of this article was to provide an overview of the cultural significance of Tuvixeddu as an archaeological site. The site is a balance of nature and civilisation, since it integrates the reactionsary measures to death into natural resources native to an area. Those living in Sant’Avendrace area located in close proximity to the area aren’t even aware about the purpose it once served.

After being ravaged by processes of industrialisation, and by tomb robbers as well, Tuvixeddu has been drained of its ancient evidence and artefacts with the passage of time. Extraction of mineral resources has left the biggest blow on the area, and the old constructions that haven’t been completed in the area have also been abandoned.

The symbiotic relationship between the environmental sites around the area and the necropolis is also ruined due to the creation of tall, industrial structures. The Lagoon of Santa Gilla has been cut off from the necropolis completely. At the cost of the upgradation of the nearby city, the site has suffered quite a bit of damage to its original layout.

At this point Tuvixeddu is a marginalised  area. It has been violated of its sacredness and urgently needs an intervention that focuses on conservation and restoration. The awareness of citizens about the necorpolis is also dwindling. All conservation efforts must start from instilling awareness within the publis sphere about the cultural significance of the site.

Many cultural associations are working to raise awareness of the local government in the name of culture.  Attempts are being made to involve citizens as well.  The president of the ‘Amici della Sardegna- Sardiniafriends’  Mr. Roberto Copparoni is to thank for his contribution to the revitalisation of Tuvixeddu.

The association is working to attract the interest of UNESCO  in order to take care of this site and  also to establish a communication with the local administration in order to create awareness about the site among the general public.

The temple in Karnataka that resembles a ‘dargah’