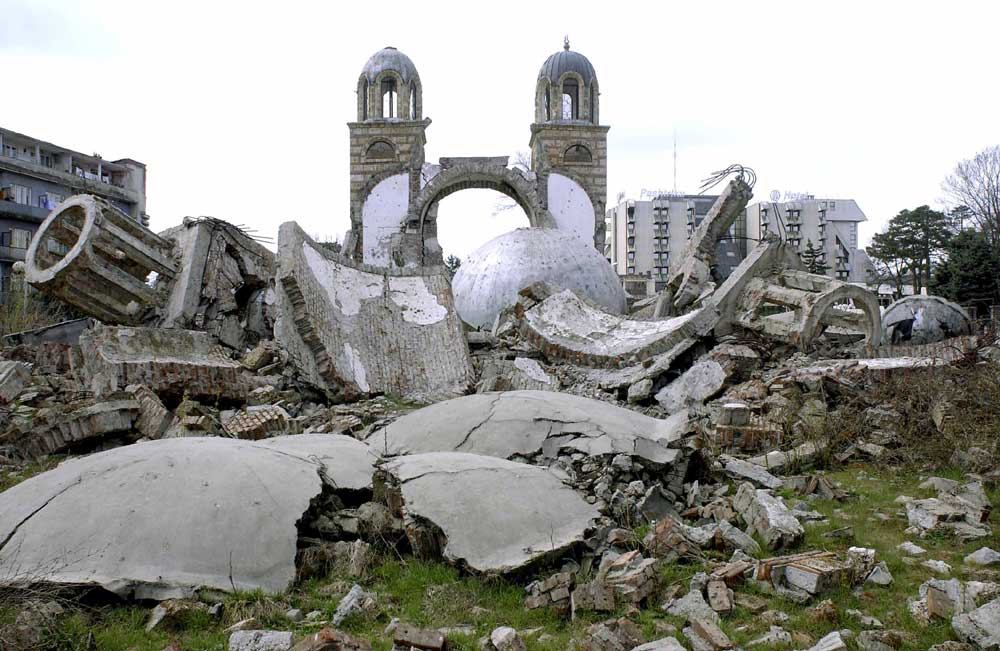 I wish there was a way to write about war with certain ease but unfortunately it can never be a topic which will be covered with joy or happy thoughts. As someone who’s coming from the Balkans my childhood was deeply marked by unfortunate events which took place in these lands. The one I am going to write about in task #4 is the NATO bombing of my country, at that time the Federal Republic of Yugoslavia ( Serbia and Montenegro). On 24 March this year it was exactly 15 years since the NATO bombing which brought exactly what wars do: lost lives, destroyed bridges, many buildings and the question why?
Today we witness many injustices and wars fought all over the world. No matter how related or physically distanced to it we are, we cannot ignore the fact that it does change our reality and the perception of the world we are living in. Starting with the tangible, during the war in 1999 our city and the entire country was destroyed; bridges, public buildings, hospitals, infrastructure, industrial plants etc. Even today there are visible and still present marks of the destruction.

Many of my foreign peers fortunately haven’t experienced war, so the question I often get when some of them visit me in Belgrade is why are those two buildings still standing in the same place, ominously present in its full ‘glory’.  One of the answers is that there is no money to rebuild them: however, another answer might be related to a collective memory of an entire nation and not letting it be forgotten.

That same year, but also in the years that followed, many UNESCO sites in Kosovo were destroyed, Serbian Orthodox churches and monasteries of great importance for the Serbian cultural heritage and at the same time world’s cultural heritage. Last year, Serbia opposed to Kosovo’s bid to join UNESCO because Kosovo is not recognized as an independent state and Serbian cultural, religious and national identity would be at stake. Although the war ended 15 years ago, some battles are still being fought today. Kosovo with all its monuments is a cradle of Serbia and its identity, therefore the legacy left by the war was yet another war, fought on a diplomatic level and without bombs.

When it comes to the intangible, it is the memories, sounds and smells that can never be erased or forgotten: what I was eating when the first sirens went off, the image of my mom making me a birthday cake and the sound of the bombs in the background, first spring flowers and its scent… I think that such experience made me sympathize with many who are living that horror today. I wish we could learn something from it, but it appears that those lessons are not enough for the mankind to stop them from repeating the same mistake.

I believe that John Lennon’s song ‘Imagine’ should be each country’s hymn. But until that happens ‘You may say I’m dreamer, but I’m not the only one. I hope someday you’ll join us and the world will be as one.’