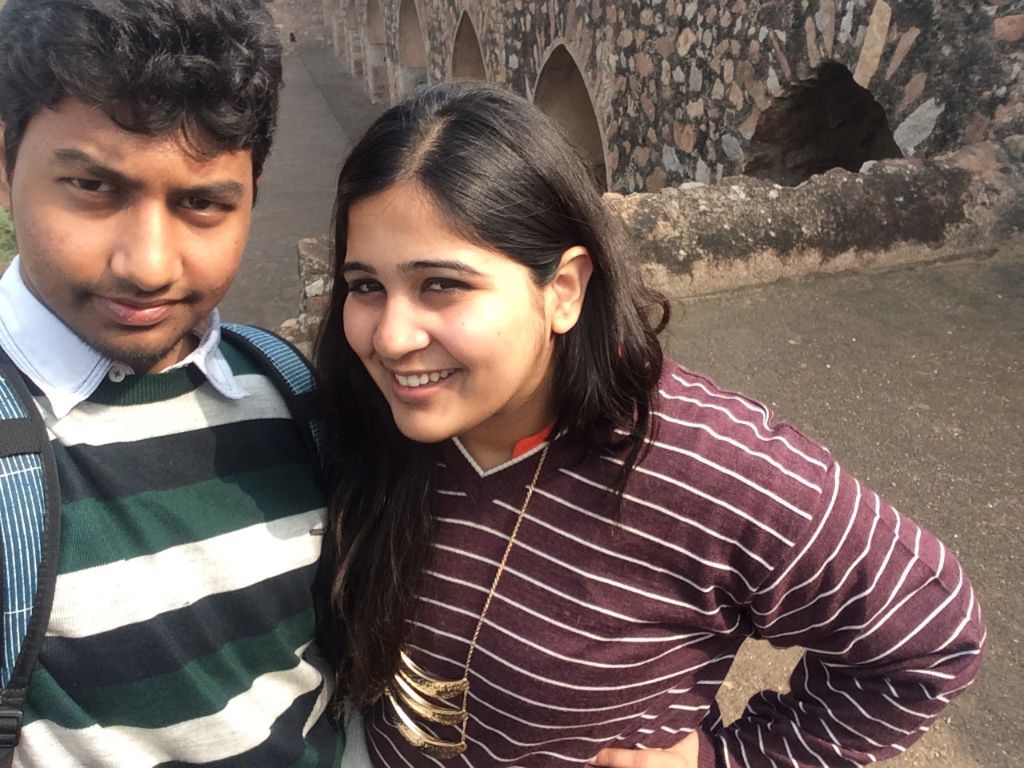 Being a localite to the area around Satpula I took the responsibility of bringing such a great monument to in the eye of people. For this I nominated five friends – Akshaja pal singh, Krishna Raghav, Pankaj meena, Himani Mishra, Bhumika Chugh. They love travelling and are quite passionate about it. We have visited many different sites earlier also. Their passion for ‘getting to know grass roots’ really helped me to convince them to visit satpula lake complex. Satpula is also a good place to hang out with friends and much more peaceful than any other monument.

However in-spite of this convincing them for visiting the monument was not that simple. Probably the main reason for this was that Satpula is very shady due to various illegal activities going on here due to negligence by authorities. Normal reaction that I got from the friends was “abe kon jayga esi jagah!!!!!” (“who will go at such a place”).

SATPULA IS A MONUMENT WHICH KNOW ONE SHOULD MISS