Heritage as we all know is a collective reality. It is experienced by every individual from the time he is born as he is born into a culture. Heritage is one of the most important aspects of the society and of our culture. Now it is important to see how heritage is manifested or rather represented to us through various media forms. Films are one such media forms which expresses to us the essence of heritage very correctly. Reading about a World Heritage Site might not create the sensations which visual representations of it might create. Hence for our next GoUNESCO task, we have to choose any 5 movies in which we can observe and WHS and also mention where it appears in the movie and its significance to the movie, if any. My list of 5 movies are as follows:

This movie involved romance and comedy between two couples. The song ‘Bol na halke halke’ was filmed in the Taj Mahal where Abhishek Bachchan and Preity Zinta are starring.

A Mumbai teen who grew up in the slums, becomes a contestant on the Indian version of “Who Wants To Be A Millionaire?” He is arrested under suspicion of cheating, and while being interrogated, events from his life history are shown which explain why he knows the answers. At many points of the movie the WHS is shown, especially when he goes to find his love, Latika. A song and dance is also performed here. Starring Freida Pinto and Dev Patel.

Fanna is very unique sort of love story where a blind girl falls in love with a tour guide on her college trip to Delhi. It is filmed mostly in Delhi and Kashmir. As Aamir Khan played the role of a tour guide, a lot of places of historic importance like the Humayun’s Tomb, Lal Quila etc have been shown in the movie, the famous song ‘Chand Sifrish’ was shot in Qutub Minar.

Three young people learn that love can neither be defined nor contained by society’s norms of normal and abnormal. A glimpse of the WHS is shown in the movie including the magnificent and panoramic views of the Darjeeling Mountains. Starring: Ranbir Kapoor, Ileana, Priyanka Chopra.

Yashwardhan Raichand is a man who has always followed traditions. He believes that the parents take the best decisions for their children. So when his foster son Rahul falls in love with a peppy middle-class girl Anjali, Yashwardhan disowns him. This creates a rift between the two egotistical men. Rahul marries Anjali, moves to London with her and her younger sister Pooja. Years later, Rahul’s younger brother Rohan arrives in London, determined to reunite his family. The WHS features in the song- ‘Suraj Hua Madham’ starring Shahrukh Khan and Kajol. 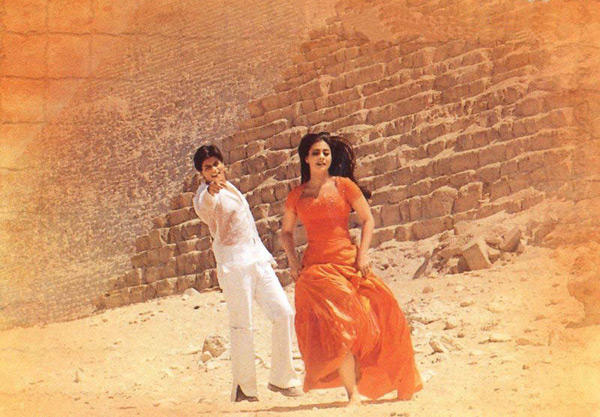