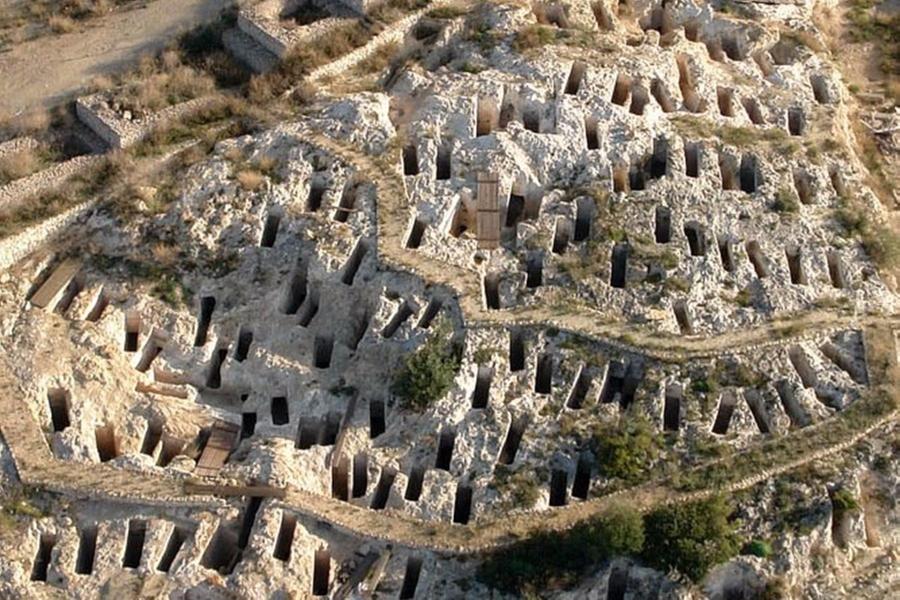 Tuvixeddu stands in a state of neglect today. A simple survey of the area brings to light what can be done to repair the immense damage already caused.

On the 26th of March, I organised a visit to Tuvixeddu, which is located in central Cagliari. The participants of the event met at the centre of the necropolis during the day. We spent the next few hours surveying the area and understanding what went amiss, leading to its current, dilapidated state.

All I wanted to do was to take the participants through the site and gain their insights about the conservation of valuable cultural heritage.

All the participants were instructed to travel by bicycle. As we reached the entrance of the site, we saw that it would be quite hard to pedal all the way to the top. We saw a guard sitting at a tiny outpost near the entrance, skimming through a magazine, looking quite uninterested.

There were no signs that guided visitors through the area. We weren’t even surprised to see the lack of information provided within the area, since it had come to be in a state of total neglect over the years.

We decided to march onward, to survey the tombs and the carved rocks that dotted the area. We decided to walk toward the necropolis, which is walled off by low enclosures so that the public isn’t able to directly access the tombs. But we decided to climb over it anyway, to have a closer look. No sooner than we did this, did the guard come and tell us to step back.

The rest of the site was left in a state of incompletion, since several projects of restoration were abandoned. Each and every participant was able to notice how the site had reached a state of total neglect.

We did, however, enjoy a nice sunset at the site, surrounded by the greenery of some endemic plants that dotted the area, such as rosemary, arbutus, selvatic mint and sage. We were surprised to see how some parts of the area were covered in such rich foliage, and rejoiced in its antural beauty.

As we sat and enjoyed the sunset, we discussed the possible conservation methods that could be used to restore the area. The involvement of the government at a higher level was something we all agreed on.

A lot can be done for this site in order to make it accessible to the public once again, and it can only be kickstarted through community involvement. Events like these are stepping stones to raising such awareness.

Sinhagad: When natural beauty and history come together