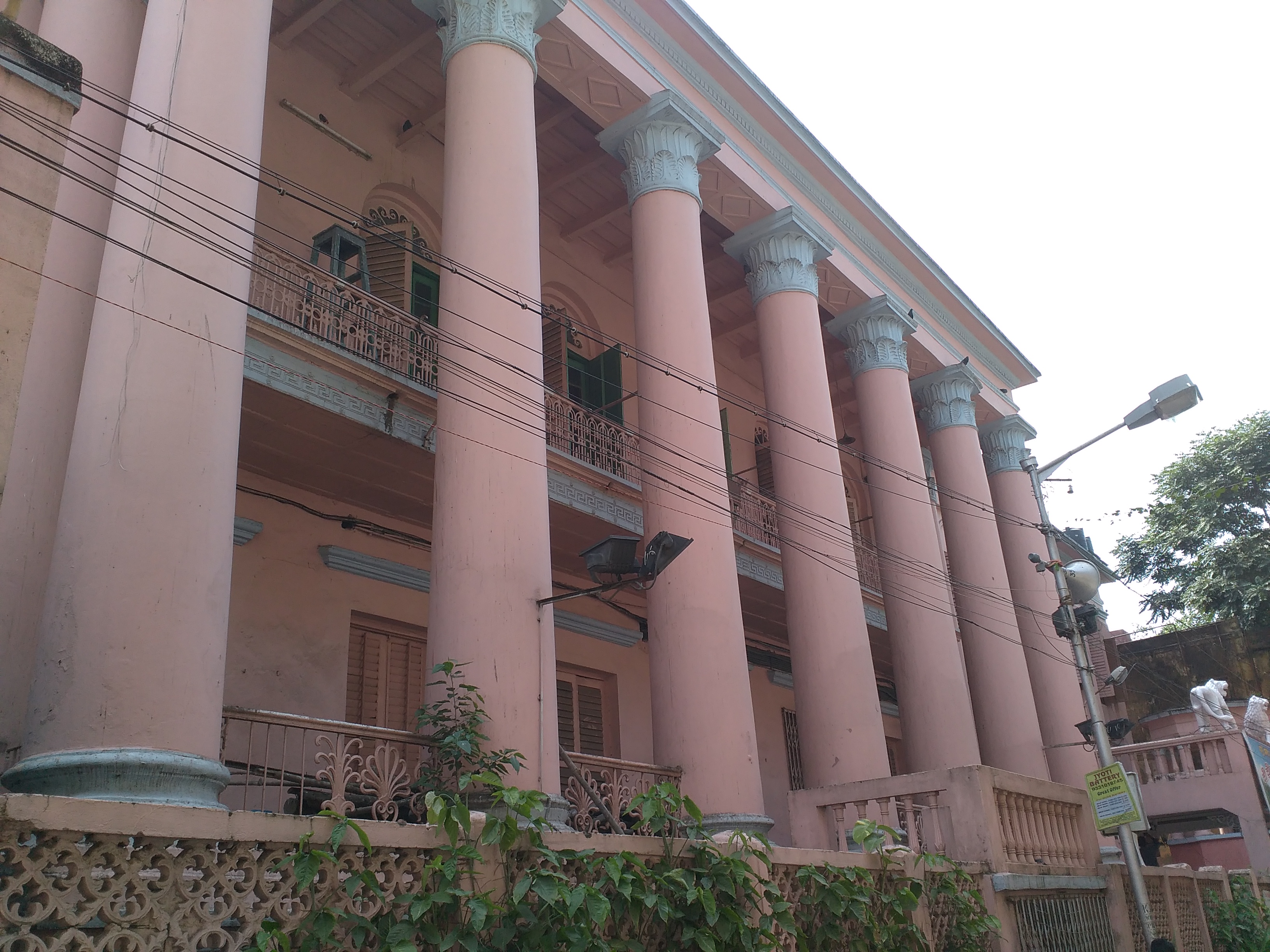 Kolkata, or Calcutta as it was previously known, is famous for its magnificent buildings that reminisce the colonial era.

Much of the city came into existence during the British rule. However, there is a very different side to the architectural heritage of this cosmopolitan city; a hidden world that has rarely been explored properly. However it co-exists with the rapidly growing city. This is the world of Kolkata’s grand courtyard houses, largely unknown to most tourists, that was the symbol of the Bengali zamindar class ( wealthy native Landlords ) for a major part of the 19th century and early 20th century.

These forgotten mansions, were once the playgrounds of the rich Bengali elite, who took great pleasure in showing off their wealth in the grandest of fashions, including the way they built their homes. While the British built large imposing Neoclassical buildings to rival the grandest of buildings in London, the Bengali elite class took inspirations from the architecture of their own country, as well as the new styles adopted by their colonial overlords.

This led to an assimilation of styles, leading to an unseen form of architecture; a complex fusion of European Neoclassical styles and native Indian styles such as the Mughal style, and traditional Bengali styles.

The first of these grand mansions belonged to Raja Nabakrishna Deb, who became a wealthy zamindar thanks to his close association with the British. The British eventually gave him the title of Raja, and along with it came a great deal of respect and money. His palatial mansion at Shobhabazar, in the northern part of the city, now only a shadow of what it had once been, had set the standard for every other mansion that was built in the city after that. The layout was simple, yet ingenious. The entire house was built around a massive open courtyard, flanked on three sides by residential blocks, and the fourth side being reserved for the Thakurdalan ( Temple ).

The Thakurdalan was an integral part of such mansions, as it was where the annual Durga Puja  ( worshiping of Goddess Durga ) would take place. In addition to this basic layout, there were multiple other smaller courtyards, all inter connected by a labyrinth of passages and corridors. These mansions were also the scenes of huge celebrations, parties and grand balls, where Europeans were invited along with prominent Indians of the day.There was a time when every rich man in Kolkata would try to build a mansion that would rival those built before that, and every mansion tried to throw the grandest parties in the whole city.

The mansions became the very symbol of the elite class that these zamindars and later even the successful businessmen represented. As the years went by, more and more of these mansions began to be built, each different from the others, but the basic layout remained the same. With increase in land prices, the sizes of these mansions began to be reduced, but their grandeur didn’t decrease a bit. But the Independence of India, and the subsequent abolishing of the zamindari system, brought in, the beginning of the end for the very society that had grown used to the power and wealth, thanks to their close association with the British. As modern age gradually seeped in, these magnificent houses slowly fell into disuse. The owners could no longer maintain such huge mansions, and started selling them off bit by bit.

Throughout the later part of the 20th century, many of these mansions were torn down, to make way for modern apartment buildings. An era came that had little regard for decadent styles of building, opting for more functional structures.Those mansions which did survive, were rented out to all sorts of people, who in most cases never left, even when the original owners gradually disappeared.

Today, thanks to the growing awareness about the architectural value of these mansions, and the recovering financial stability of many of the original owners, many of the surviving homes have been restored or are planned to be restored. The Shobhabazar Rajbari, though only a fraction of it still remains, has been taken over by the Government to facilitate restoration efforts, to preserve the remnants of a bygone era.

Though only a handful of the great mansions of Kolkata remain, they offer a rare glimpse into the vibrant and colorful past of this ever changing city.

A comparative study of Roman and Mughal Gardens