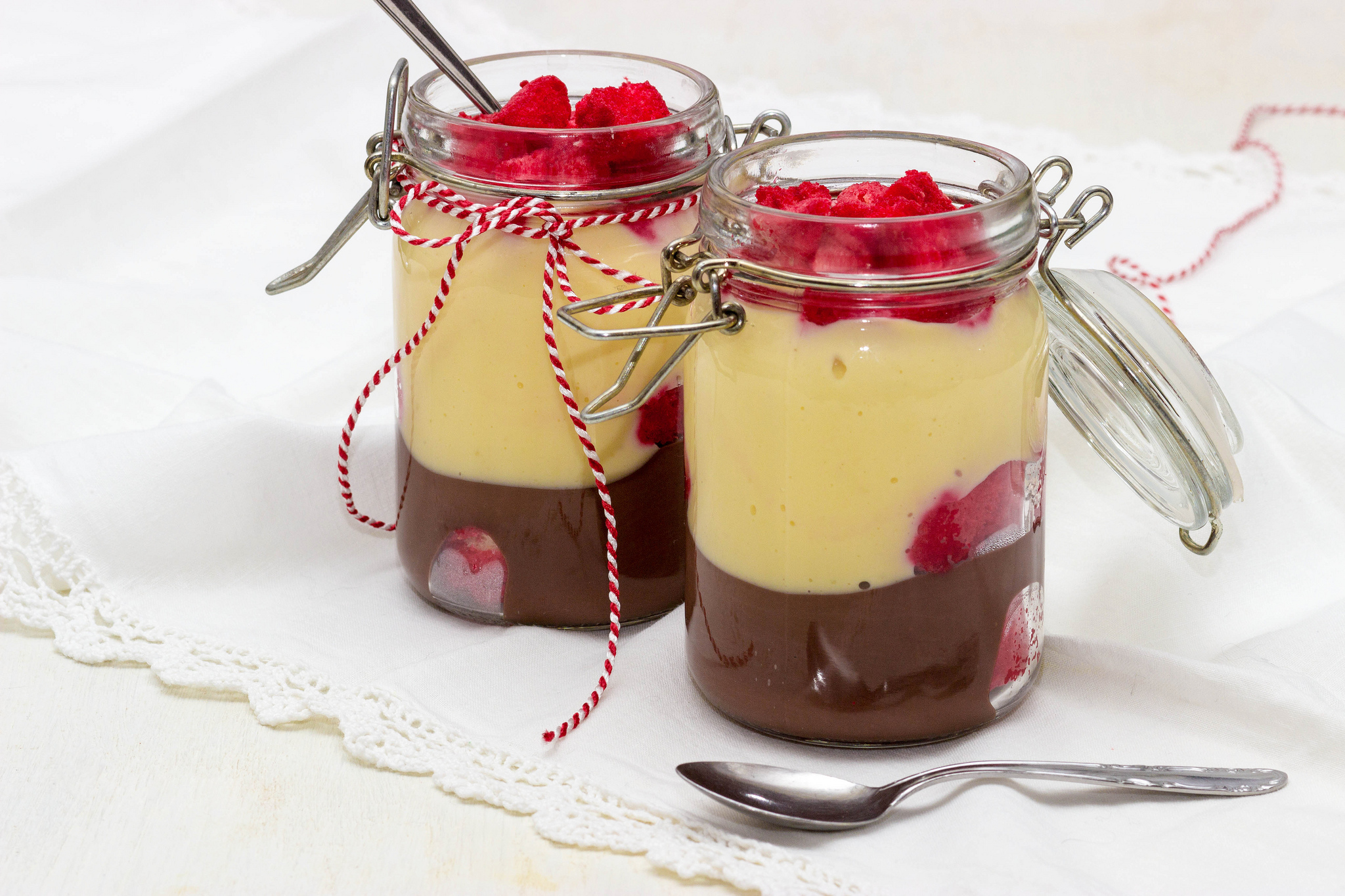 The origin of certain preparations is difficult to perceive. The Zuppa Inglese is one of them.

Zuppa Inglese is a dessert typical of Italy’s Central Regions (especially Emilia Romagna, Toscana, Marche, Umbria and Lazio) whose origins are not clear: some say it dates back to 15 century, others to the 18th century.

Despite its name, which literally means ‘English Soup’,  the Zuppa Inglese originates from Central Italy. It’s called “English” because it was originally made with rum, usually drunk by English sailors (and also because it may resemble the English truffle). However, Rum was later replaced by other liquors, especially Alchermes (an Italian liquor of Arab origin that is used to make desserts, comprises ethyl alchol, sugar, cinnamon, cochineal, cloves and cardamom). Although each region claims to be the first developer, no one knows who is telling the truth, it can only be said for sure that the recipe is quite ancient.

It is also quite simple to make. It seems colorful and intricate, makes an impression, but is surprisingly easy to assemble.

It can be served just as is or topped with chocolate chips, fruit, sliced almonds or other decorative foods. The recipe and the  ingredients vary depending on the region you are in.

The Recipe:
I was helped making the Zuppa Inglese by a friend, achef of Marchigian origin, and owns a restaurant in Udine (“Al Picchio” restaurant), therefore I chose the recipe from her region (Marches), that uses Pan di Spagna, pastry cream, chocolate pastry cream and Alchermes.

To make the Pan di Spagna (sponge cake), you will need:

To make the pastry cream:

Take a serving container large enough to hold all the ingredients (usually a truffle bowl or a glass) and cover the bottom with a layer of moistened cake slices, breaking them up as needed to make a complete layer, then add a layer of the thin layer of the plain cream, another layer of cake, and
finally a layer of chocolate cream. Garnish by sprinkling some cocoa, and then devour it.

The ambiguous history of the Zuppa Inglese connects all the regions in which it is typical and every family member learns how to make it. Usually, grandmas make it for the children and teach them how to make it the way their grandmas taught them, so that every generation continue to carry the lineage of this simple but amazing dessert.